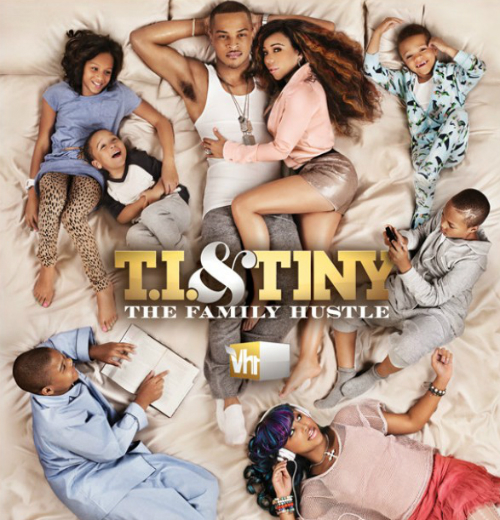 The rumors are true! T.I., Tiny, and the family are returning for another season of their reality series, T.I. & Tiny: The Family Hustle.

The sixth season will be quite memorable as the family celebrates the 100th episode of their show while closing out their reality series stint. “VH1 is incredibly proud of this long running series and our partnership with Tip and Tameka,” Nina Diaz, Head of Unscripted at VH1 and MTV, said in a statement on Monday. “For six years, they have opened their home and shared countless family moments with us. Reaching 100 episodes is a milestone and we couldn’t be more excited to bring viewers the highly anticipated final season.”

Who could forget the first season of T.I. & Tiny: The Family Hustle in which fans got an up close and personal look at T.I. and Tiny’s parenting tactics? Thousands of viewers fell in love with the kids whose personalities took center stage in every episode. Domani’s career took root on the show and Zonnique’s transition into womanhood was shared with fans during the last two seasons.

It will be hard to say goodbye to a family who brought a balanced mix of hilarity and conflict to the small screen. Nevertheless, the final season of T.I. & Tiny: The Family Hustle premieres on VH1 on Monday, April 17, 2017, at 10PM ET/PT.