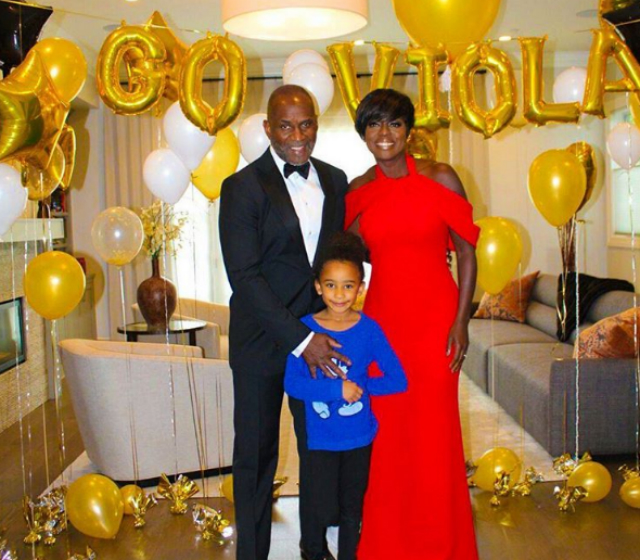 Entitlement is a thing that Viola Davis does not want her daughter, Genesis, to develop. The Oscar-winning actress tells PEOPLE that she hopes her little one never feels like she doesn’t have to work to accomplish her dreams.

“I never had a house; Genesis has a house. I do shop at Target, I buy all her clothes at Target or H&M. And maybe, if I’m feeling really good, Nordstrom Rack,” Viola shares. The actress further explains that her husband, Julius Tennon, is especially focused on holding Genesis accountable for her actions.

“Julius is really tough,” Viola reveals. “I came into a relationship where he already had children and grandchildren and raised his kids on his own, so he’s tough — he toes the line, but in a very loving way.”

The actress further shares, “He holds her accountable. Me, not so much — I’m the softie.” See what else Viola says about family and her pursuit of an extraordinary life in the latest issue of PEOPLE magazine on newsstands now.

Damian Lillard and his soon-to-be wife, Kay'La Hanson, are new parents! The couple welcomed their...