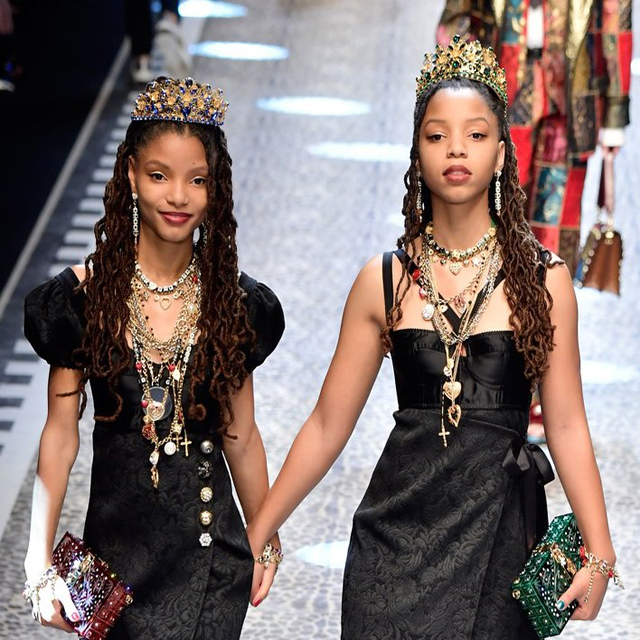 Sauntering down the runway  hand-in-hand in Milan, Italy were sisters Chloe X Halle, proving that you don’t have to be a professional model to rock Dolce & Gabbana.

The multitalented sisters were naturals in the bright lights as they strutted with heads held high, telling Vogue.com that, “performing as musicians in front of large audiences made it so much easier to walk in a runway show. When we are singing onstage, most of the time our brains are focusing on what chords to play and what notes to hit, but being a part of the show and only having to walk feels like a breeze, because we’re not having to deal with those other factors.”

Modeling their movements after famed supermodel, Naomi Campbell, the sisters admitted that they “…most definitely practiced [their] walk every chance [they] could get! It was something so fun for [them] because [they] could critique each other and get better.”

It seems as Milan isn’t the only stop on the girls’ European fashion extravaganza. Rumor has it that the pair will soon be off to Paris for the next Louis Vuitton show. We will have to wait and see if they are seated front row center or are a part of the show itself. Either way, we know this dynamic duo will definitely slay!