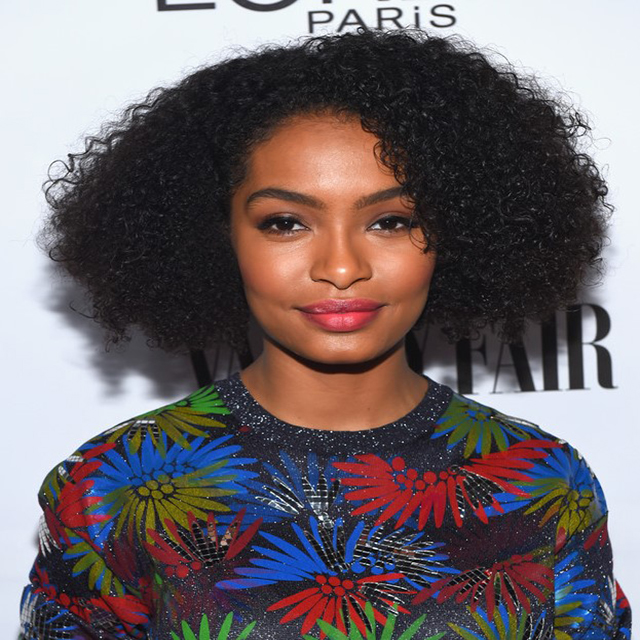 “…I think that given the current political climate-if anything, there’s never been a better time to be fully myself, because that is a statement in and of itself,” Shahidi tells the magazine when asked about how she co-mingles fashion and activism. “It is an interesting time to be out in the public on a daily basis on a show like Black-ish, being an actress as I am. But at the same time, going to those events I’ve been shown a lot of support. A lot of communities that I’m a part of-the black community, the community of actors and activists-they support what I’m doing. Dressing on the carpet, it’s really about me feeling most comfortable and being me. So that has guided a lot of the conversations about wardrobe. There’s nothing worse than feeling like you’re trying to fit into a small little box.”

Shahidi challenges everyone to be free and allow the real you to be seen by others, regardless with-no regrets. It is probably that aspect of Shahidi’s spirit that attracts her to so many, including Queen Bey herself, who handpicked the young star to participate in her Ivy Park campaign.

“What I really love about the message is that it’s about that connection between mind and body,” Shahidi states in reference to the Ivy Park campaign. “I love…how supportive it is for women, and being in control of our bodies. It’s about how we express ourselves. When I was shooting, it was obvious that it wasn’t the idea of ‘Oh, we have to sell these clothes,’ it was more so about selling the message-this idea of being one with ourselves and being athletic.”

If you haven’t seen the new Ivy Park campaign, check out the YARAvideo below. To continue on Shahidi’s inspirational journey through life, follow her on Instagram here.