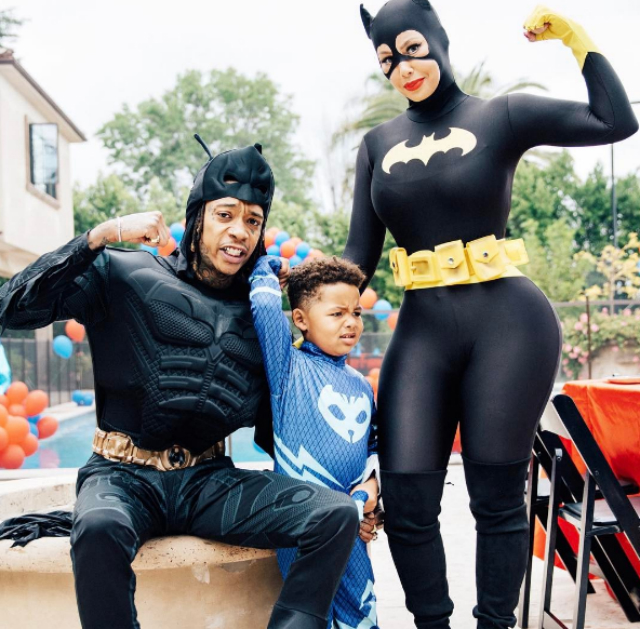 Happy Birthday, Sebastian! Amber Rose and Wiz Khalifa gave their son a star-studded birthday party to celebrate this past weekend.

Happy Birthday, Sebastian! Amber Rose and Wiz Khalifa gave their son a star-studded birthday party to celebrate this past weekend.

Blac Chyna and her son, King Cairo, joined Evelyn Lozada and little Carl Leo at the Super Hero themed bash. “Spider-Man clearly had his hands full,” Evelyn shared along with video footage of Sebastian and her son soliciting the help of the beloved protagonist at the party. Lozada also told Instagram fans that little Carl “stalked Spider-Man the entire party.”

Crystal Smith and the Combs twins, D’Lila and Jessie, were also at the party. One of the girls rocked a Super Man costume while the other represented Gotham City with her Bat Man attire.

Amber Rose showed support for Gotham City’s hero as well by wearing a Bat Girl outfit. The celebrity mom was captured in one shot while finding a seat at Sebastian’s live show. Rose was all smiles while waving at the camera.

CALEB MCLAUGHLIN FOR THE WIN DURING ALL-STAR WEEKEND