SCOTTIE, LARSA, AND THE KIDS CHECK-IN FOR VALENTINE’S DAY 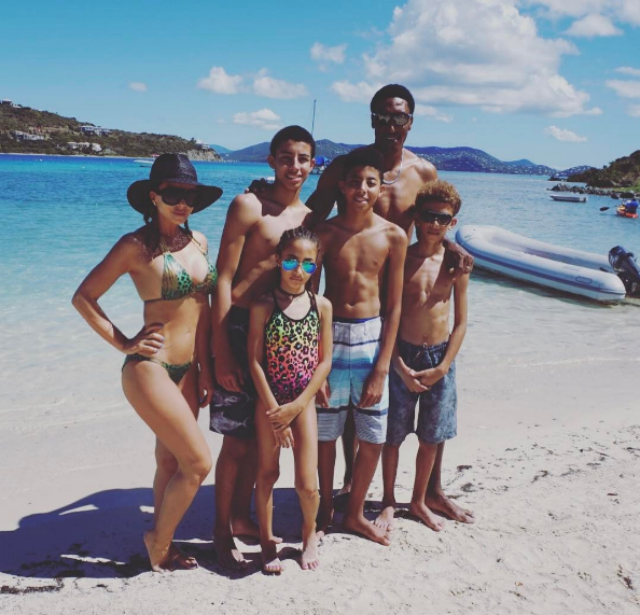 Team Pippen is a united front! Scottie, Larsa, and the kids posed for a Valentine’s Day candid on Tuesday.

The celebrity family enjoyed the day at the beach. Larsa photographed her sons and daughter as they went for a swim in the ocean. “My bosses,” the celebrity mom wrote.

Sophia got a few shots in with mom and a couple of photos by herself. “Thanks, for spreading the joy,” one fan wrote. “So adorable,” another follower commented.

Scottie and Larsa Pippen were headed for divorce before deciding to halt proceedings a few weeks ago. According to TMZ, “Scottie and Larsa each missed deadlines last month for the divorce process, and by the looks of their last outing, this whole thing might get dropped.”

Reconciliation would be great for Scottie and Larsa since the couple have been married for many years and have four kids together. “I like to mess around with my kids,” Scottie told media in 2013. The retired NBA player’s parenting skills were on full display when the family’s reality show, Big Pippen, aired a few years back.

Larsa’s drive for healthy living and body image also came to the forefront. “I want to teach girls to listen to their bodies and be proactive about wellness,” the celebrity mom shared ahead of the family’s reality series premiere.

Scottie and Larsa Pippen wed in 1997. This year marks two decades of marriage for the couple.

SHAD MOSS SPENDS THE NIGHT WITH HIS LITTLE VALENTINE

SHAD MOSS SPENDS THE NIGHT WITH HIS LITTLE VALENTINE