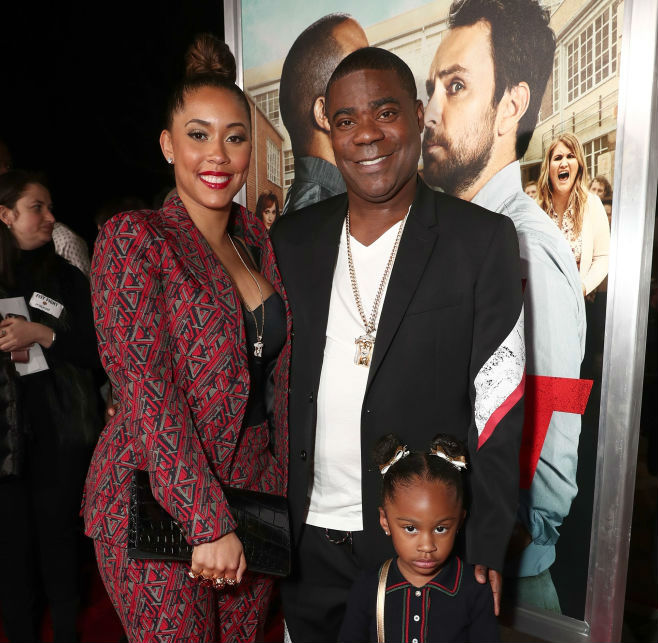 Tracy Morgan had the support of his wife, Megan Wollover, and daughter, Maven, at the premiere of Warner Bros. Pictures’ Fist Fight on Monday. The screening was held at Regency Village Theatre in Westwood, California, and Tracy was in the spotlight.

The comedian took pictures with his family on the red carpet before going into the venue to watch his performance on the big screen.

Fist Fight stars Morgan along with Charlie Day and Ice Cube. The film centers around two teachers who are scheduled for a fist fight after one educator tells on another and gets him fired. Fist Fight takes us back in time when fights were scheduled in the alley to rectify wrongdoings that took place during the school day and everyone, except the adults, somehow knew about it.

Such hilarity is just what fans need to see from Tracy Morgan after the comedian went through a near-death experience in 2015. “Thank God, I didn’t die in the accident and I was there to do this,” Tracy tells media. “I say thank you to God every morning. I open my curtains and the sun is out, even if it’s cloudy,” he adds.

You can catch Tracy Morgan in all of his hilariousness when Fist Fight makes its public debut on Friday, February 17, 2017. Check out the film’s trailer below!