Home » Viral Kids » THESE TRIPLETS ARE THE EPITOME OF ‘ORGANIZED CHAOS’ 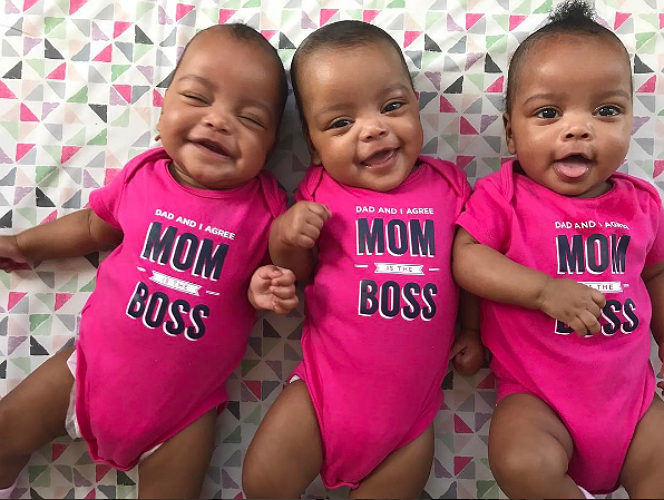 They have more than 15,000 Instagram followers, which makes them the Internet’s latest viral sensations. Bailey, Beau, and Brook are triplets who give fans three doses of cuteness.

“People’s responses to the triplets have been amazing,” proud mom Karae Coursey tells the Huffington Post. The Pensylvania mom began sharing pictures of her little ones shortly after giving birth to them a few months back.

“I didn’t personally know of any triplets before having them,” Coursey says. “Now I look for other triplets and multiples on social media.”

Bailey, Beau, and Brook are Karae and husband Bryant Coursey’s second, third, and fourth children. The couple also has a 5-year-old son named Kanon who is every bit the big brother. “He’s very affectionate towards them,” Karae says. “He wakes up in the morning wanting to lay down next to them. He thinks he knows what they are saying and already wants to show them off. He knows they’re special.”

Thousands of Instagram followers also know that the triplets are special. Bailey, Beau, and Brook garner thousands of hearts every time their mom posts a picture of them online, and many read Karae’s blog just to keep up with the kids.

Some view the Pensylvania mom’s task of rearing triplets and a son as challenging. Karae deems the mission as nothing short of “organized chaos.”