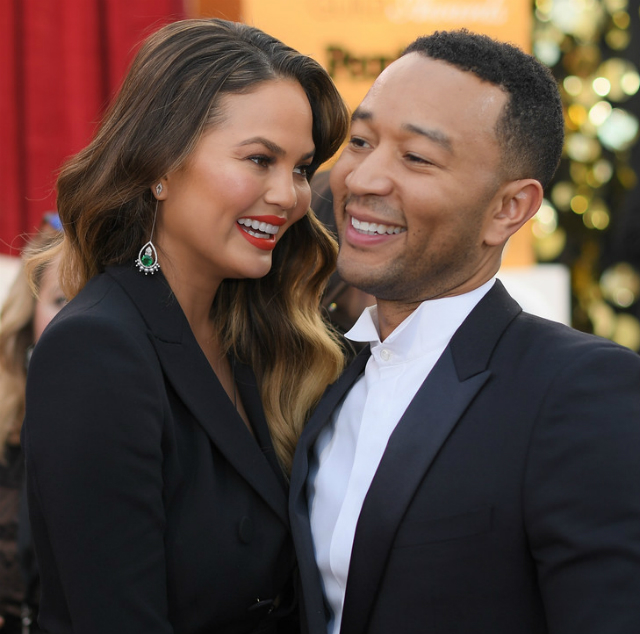 Family expansion is in the plan for Chrissy Teigen and John Legend. The celebrity couple shared their hopes of having a boy in coming years during this year’s SAG Awards.

“Oh my God, a little boy is next for sure,” Chrissy exclaimed during her and John’s red carpet interview on Sunday. The celebrity mom further explained how her and John’s life has changed since welcoming their daughter, Luna, last year.

Sneaking away may become the norm as Luna grows. It was just a few days ago that John revealed to ET Online that his and Chrissy’s daughter had reached another milestone in growth and development. “She’s turning nine months right now. She’s crawling, kind of propping herself up with the coffee table,” John shared with media. “We’re enjoying this whole period of our lives and of her life.”

Luna is Chrissy Teigen and John Legend’s only child. She celebrates her first birthday in April.