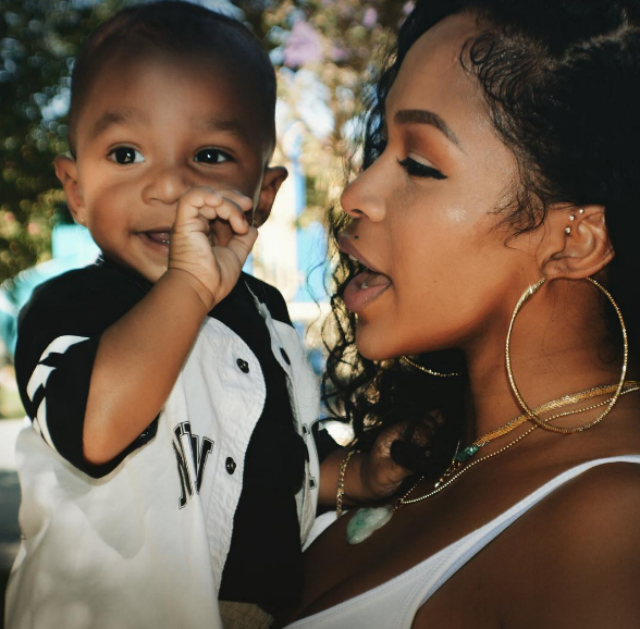 Lashontae Heckard is enjoying life with her son. The celebrity mom recently shared photos and video footage of her little one, Brandon Jennings II, hanging out at home.

The star mom also uploaded video footage of her and Brandon going head-to-head in the battle of wills. Lashontae wants her son to sit and ride his train in the clip, but Brandon has other plans. The little one complies with mommy’s demands to sit down for about three seconds before standing up and resuming his stance as a risk-taker. “Aries vs. Scorpio,” Heckard captioned.

It’s been more than a year since Lashonte Heckard and NBA star Brandon Jennings Sr. welcomed their son. The couple decided to wait until little Brandon was 8-months-old to share pictures and video of him with social media fans. Such wait proved worthwhile as Instagram followers saw Lashontae’s footage of her son taking his first steps. “Since he’s been 8 months,” she captioned underneath the clip.

LONNIE CHAVIS, ERIS BAKER, AND FAITHE HERMAN STAR IN 'THIS IS US'