‘BLACK-ISH’ ADDRESSES THE ELECTION RESULTS WITH HUMOR AND FRANKNESS 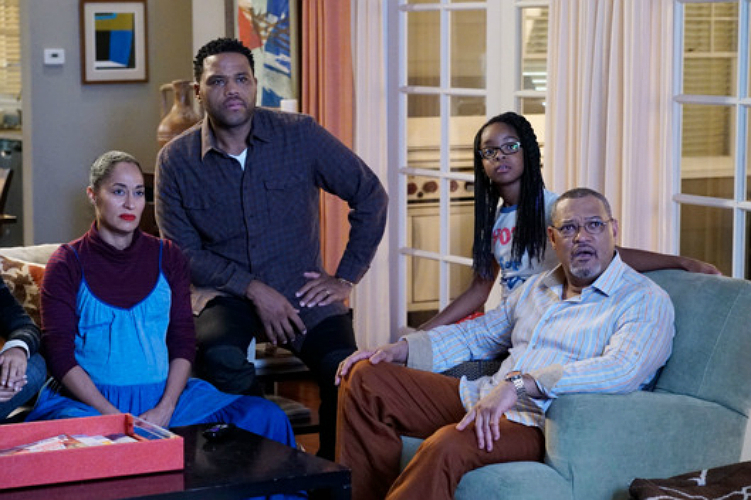 This week’s episode of Black-ish received nods for more reasons than one. Not only was the episode funny but it addressed last year’s presidential results with sheer brilliance.

The Johnsons are finding ways to channel their emotions after Donald Trump’s surprise victory over Hillary Clinton in the latest episode entitled ‘Lemons.’ While the adults cope at work, the kids must find a way to move past the drama at school.

At home, Pops takes Junior down memory lane with lessons about Malcolm X that turn the teen into an activist. Dre’s father soon dials back on his lectures as he sees Junior heading down the road of an angry black man and believes that the youngster is much too brilliant to become another statistic.

Tuesday’s showing of Black-ish is the third time that the Johnsons have addressed a hot topic surrounding race in America. Last year the show tackled the subject of police brutality with Dre as the bewildered African American man who doesn’t know what to do when the lights and sirens are behind him. The episode ended with a powerful monologue in which Dre shared a heartfelt speech about hope.

“I feel like what Black-ish has done is make it easier to have a conversation about some things,” Yara Shahidi said during an interview with Parade last year. Laurence Fishbourne added, “We’ve got a little bit of medicine in our cabinets, you know? And we’re just giving it to people in a way in which they can see it.”

“I think my – you know, the thing that I hope, in our show, that it does is that it opens up the real conversations with people and lets people see our family as a real family,” Barris added. “Not just as images or examples or ideas or things like that, but as real people. Even though they’re on television, they can see themselves within that family and really have conversations that they may have been afraid or not wanted to have in public before.”