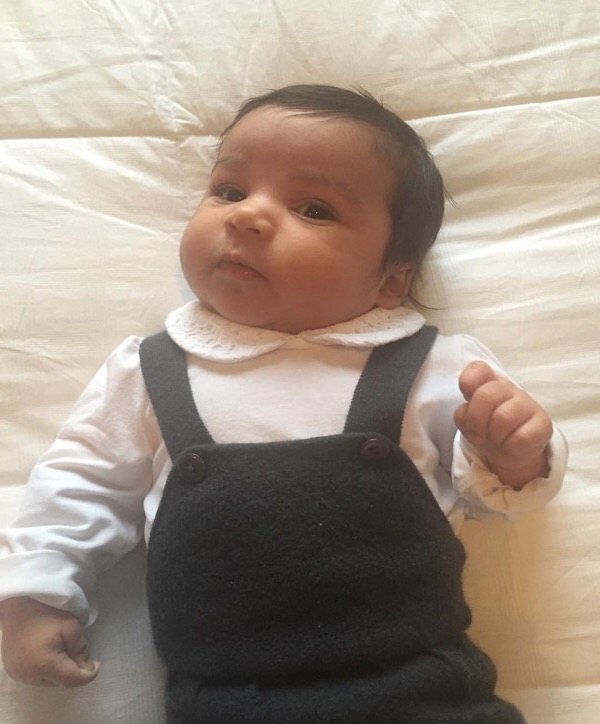 Here’s Dream! Rob Kardashian recently shared a candid of his daughter that was simply adorable.

“My baby,” the proud father captioned. Dream was looking at the camera while the photo was taken. “Looks just like you,” one fan wrote. “Enjoy her while she’s small they grow up very fast,” another subscriber advised.

Rob and fiancee Blac Chyna are definitely enjoying the wonder years of parenthood. The celebrity parents have been taking pictures of their daughter ever since she made her  entry in November.

“It’s my first time, so everything is exciting, literally,” Rob told E! News prior to Dream’s birth. “I’m happy and I just like to keep it, you know, keep it private… as private as can be,” he added.

Blac Chyna has also been the doting parent. “You look like your daddy,” the star mom told Dream on the little one’s one-month-old birthdate. Chyna was filmed while planting tons of kisses on her daughter. “Look at those eyes,” the celebrity exclaimed. “Look at those pretty eyes. Pretty girl!”

My babies ?? look at my babies chunky face lol ???

Many fans had the opportunity to see a different side of Blac Chyna during her and Rob’s reality series, Rob & Chyna. “I feel like nobody really knows my story, which I see as a good thing and I’m kind of happy about that,” Chyna said of the show. “I was so private for so many years and now that the show is coming out, I can tell the part of my story that I do want to share.”