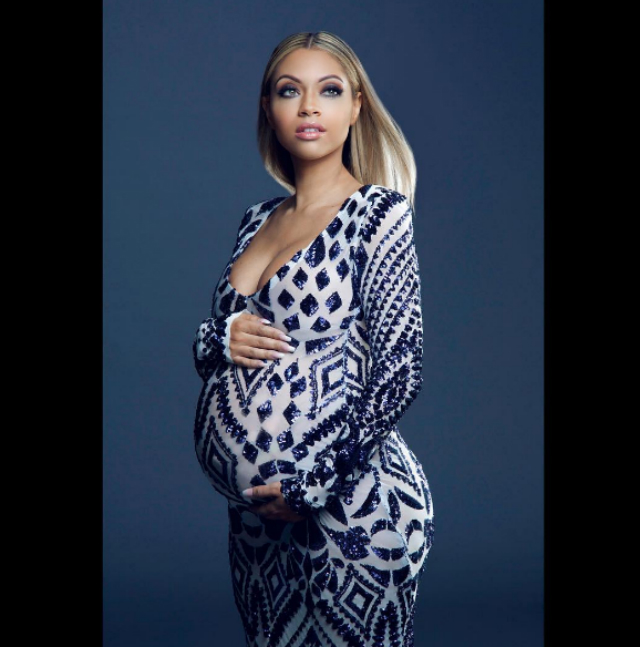 One picture was of Kia dressed in white. The pregnant mom placed a protective hand on her stomach while relaxing on the plush sofa. Kia was dressed from top to bottom with hair, makeup, and styling executed by Shadé Oloniyo.

Another photo captured Kia in a black sequenced gown. Jessica Baah designed the dress while Shadé Oloniyo coordinated other aspects of the look.

Kia is expecting her and boyfriend Cam Newton’s second child. The NFL star recently shared his inspiration for style during an interview with Vogue.

“I started when I was ten-ish, eleven,” Newton said of his journey down fashion lane. “I would see certain people do things with their socks; certain people would have headbands on. It never made any particular person better than the next person, but you know the old cliché—you look good, you play good.”

Cam Newton and Kia Proctor are expecting their second child to arrive in coming weeks. The couple celebrated their son Chosen’s birthday on December 24, 2016.