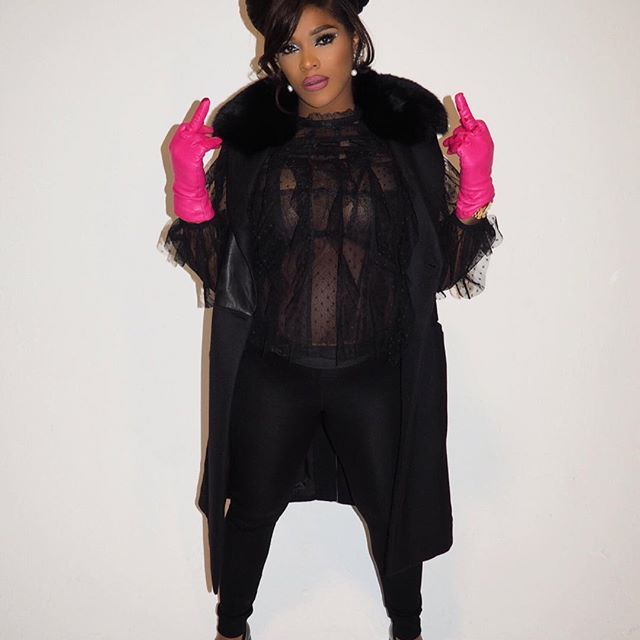 It’s official by court standards! A paternity test has deemed Stevie J as the father of Joseline Hernandez’s baby.

“Stevie’s DNA test result showed he indeed did the deed — according to new docs he filed — and now that he KNOWS, he’s asking for visitation rights … but also for primary physical custody. Doesn’t make sense, but maybe he’s covering all his bases.”

Joseline Hernandez has a due date of January 9, 2017. Stevie J has requested an infant drug test within 24 hours of the baby’s arrival because he believes that Joseline has abused drugs and alcohol throughout her expectancy. Court documents also reveal a text message in which Joseline told Stevie J that he would “never see [his] daughter” after she is born.

It was just a few weeks ago that Joseline was filmed while making breakfast for Stevie. He shared the footage with his social media fans.

“Bonnie Bella is 4 weeks away,” Stevie captioned. “@joseline we may not always get along and have done some hurtful things to each other but raising a child takes both parents. I’m all in.” Stevie and Joseline had a fallout days later that involved the police.

Nevertheless, all drama aside, Stevie J is expecting his and Joseline Hernandez’s child to arrive in coming weeks. Little Bonnie Bella will make Joseline a mom for the first time and Stevie J a dad six times over.

BEYONCE AND DAUGHTER HAVE 'MOMMY AND ME' REHEARSAL BEFORE COMPANY PARTY