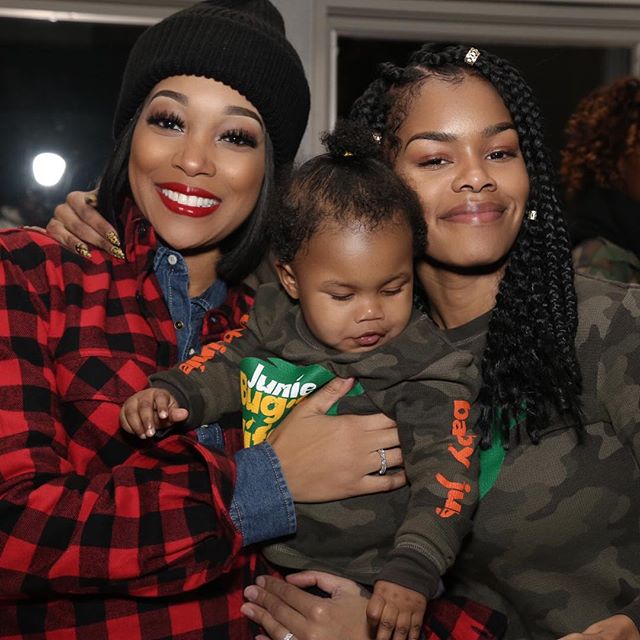 Iman Tayla Shumpert had quite the celebration at her first birthday party this past weekend. Teyana gave her daughter a ‘Bug’s Life’ bash that Monica Brown and others in the music industry attended.

Teyana threw her little one an age-appropriate bash that was more about Iman’s milestone than glitz and glamor. Such preparation proved wise as little Iman was more focused on other things during the party.

“When Junie cares more about what’s in her Momma’s Cup than the pic,” Monica told her Instagram fans. The celebrity mom also shared a picture of her and Teyana taking a picture with the birthday girl. “I love this little girl.. She’s a foodie and is Happy as ever like her G-Ma… #BabyAfterMyOwnHeart #OnlyGirlLaiyahSharesMeWith,” Brown shared. 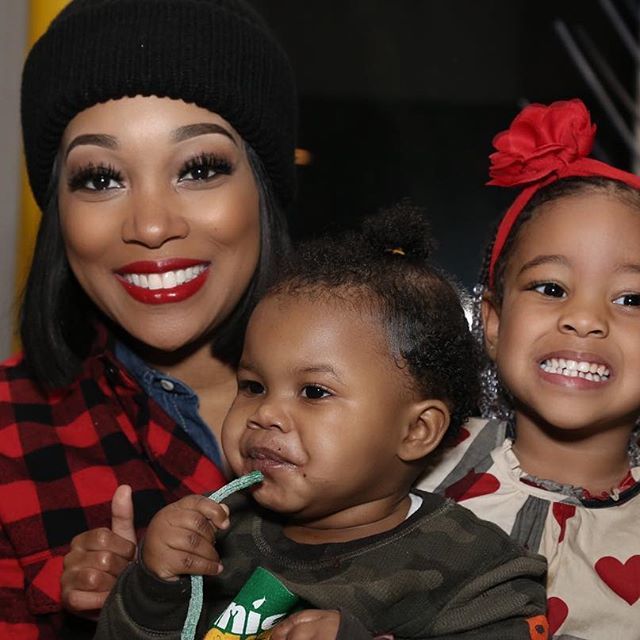 Teyana could not contain excitement over her daughter’s first birthday. “Your love has touched my heart and changed my life forever,” she shared along with a precious video of her little one. “I could sit here and write a book but if that’s the case I’d be writing forever…..I love you baby, happy 1st birthday @babyjunie4.”

Your love has touched my heart & changed my life forever….I could sit here and write a book but if that's the case I'd be writing forever…..I love you baby, happy 1st birthday @babyjunie4 ❤️❤️❤️ #AndYesMyCryBabyAssIsCryingAsITypeThis ??

Iman Tayla was born on December 16, 2015, to the surprise and thrill of her parents. The little one didn’t wait to get to the hospital but rather made her grand entrance in the bathroom of the family home.

“On Dec 16th at 6:42am in our bathroom Junie decided she wanted to take her first breath into this world. She came out as a wonderful surprise to everyone,” Teyana exclaimed. “Not knowing I was in labor until I felt her head…it took two ten count pushes with my fiancé playing Dr and she entered this world into his bare hands!”

Iman Tayla is Teyana and husband Iman Shumpert’s only child.