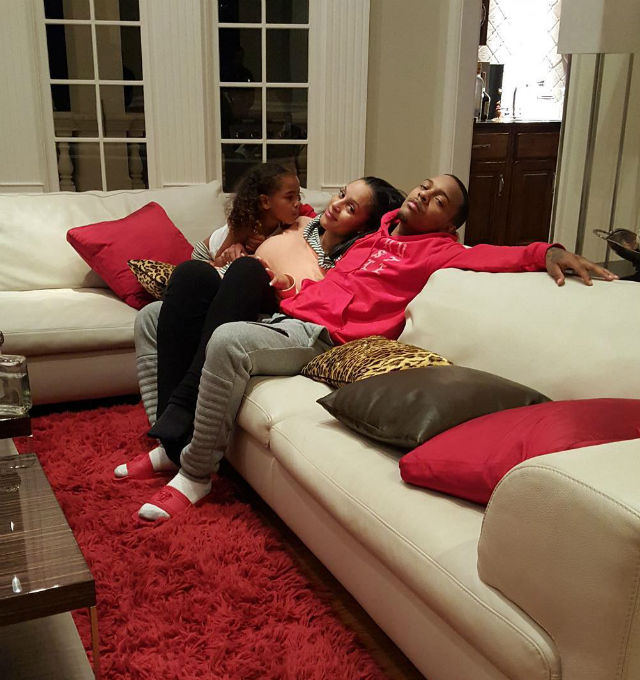 Joie Chavis is celebrating family this Christmas season. The model shared a picture of herself with boyfriend Shad Moss and daughter Shai on Tuesday.

Chavis used images to describe the photo in the caption. The celebrity mom posted a crown, heart, and family emoji in honor of the candid. Shai was completely focused on her mom in the picture as her attention was drawn away from the lens. “I’m happy for Babygirl,” said one subscriber. “She gets to see her parents together.”

Shad was engaged to Erica Mena before calling off wedding plans and re-establishing a relationship with his daughter’s mother. The celebrity dad made the union a public affair last month when he posted a picture of him with Joie along with the caption, “How we doing it on thanksgiving eve!”

Shai has every reason to be excited this holiday season and she is definitely letting her joy show. The youngster convinced her mom to do the ‘Juju on that Beat’ dance last month and she was serious about every move. Shai placed emphasis on the lyrics near the end of the clip. Check it out below!

Shad shared the joys of fatherhood with Rolling Out last year. “Having my daughter has helped me put a lot of things into perspective,” he shared. “It’s not the plaques, movies or the money. It’s the little things like doing my daughter’s ponytail in the morning, or rushing out the door to get her to school on time. It’s the normal stuff in life that I’m most proud of.”

Shai Moss celebrated her fifth birthday in April. See more video clips of the little one at home below!