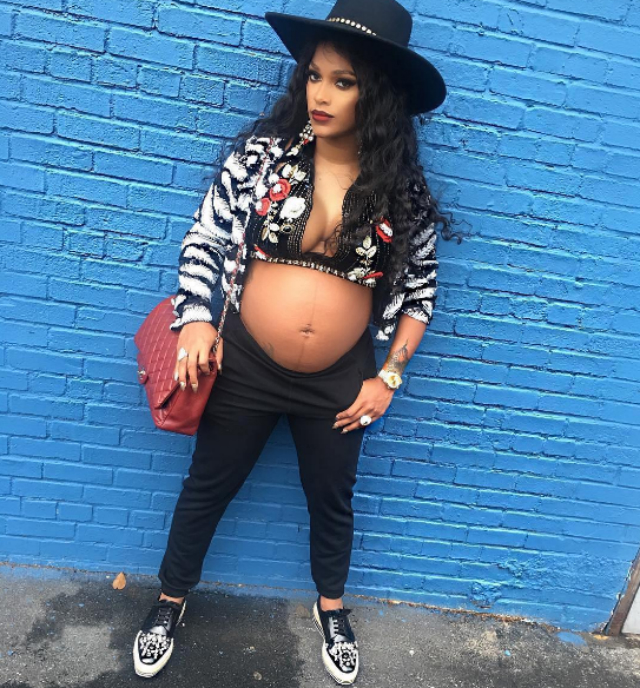 Joseline Hernandez is expecting a little girl and gearing up for an unforgettable delivery special. The expectant star recently took to Instagram to give an update on her upcoming reality segment that will focus on her pregnancy experience. Hernandez also hinted to the name of her unborn child.

“On my way to film the delivery special for Miss Bonnie,” Joseline said in a video. The reality star changed the focus of the camera so that it shed light on her burgeoning stomach right after dropping the name, “Bonnie.”

A video posted by Joseline Hernandez Fanpage (@thebaddestputaalive) on Nov 29, 2016 at 8:34am PST

More video footage on Instagram showed Joseline giving a more detailed explanation about her whereabouts. “On my way to do the second scene for the delivery special,” the reality star shared. “Little Bonnie! Puerto Rican Princess! VH1!.”

Hernandez presented the idea of her doing a delivery special with VH1 back in August. The reality star was coming out of a successful court ruling when TMZ asked if she would return to Love & Hip Hop for the upcoming season.

“Of course I’m coming back to Love & Hip Hop next season,” Joseline said. “I’m going to Miami, delivery special, and everything. So you’ll get to see Joseline Hernandez delivering the baby.”

Although the idea of a delivery special coming from the Puerto Rican Queen is swell, VH1 claims to know nothing about filming and production. One of the network’s writers, Damian Bellino, expressed shock in Joseline’s revelation back in August.

A photo posted by Joseline Hernandez Fanpage (@thebaddestputaalive) on Nov 30, 2016 at 11:15am PST

“TMZ cameras recently caught up with the Love & Hip Hop Atlanta star and the she made claims that she would be documenting the birth of her child in Miami for a reality special. (Is this for VH1, Jos? We didn’t get the memo yet.).” He reaffirmed his stance of bewilderment on Tuesday by writing, “Joseline Hernandez just revealed some big news on the set of her rumored baby special. (We seriously know nothing).”

Fans will have to wait and see how production of Joseline’s delivery special unfolds. The reality star is expecting her daughter to arrive in coming weeks.

JALIYAH MANUEL PROVING THAT SHE REALLY IS "THE NEXT STEPH CURRY"