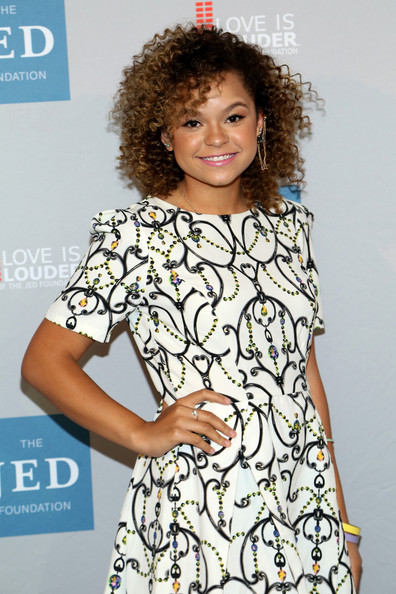 As we know, today is the day that Americans, all over the country, should get out and cast their vote to elect a new President of the United States. A lot of young people are excitedly casting their ballots or have already done so, and singer/actress Rachel Crow is one of them. Crow recently sat down to pen an article for Twist Magazine, sharing why it was so important for her to vote in this election.

“I was 10 years old when Barack Obama was elected and for me, that was one of the most defining moments in my life thus far. Although I was only 10, I was definitely his biggest fan (still am),” the starlet states. “He symbolized so many things for me, of course being the first black president was incredible, but mostly he gave me hope. Hope that I could do/be anything I set my mind to, no matter what stood in my way or who told me I couldn’t or said I wasn’t good enough. Growing up, turning 18 was a big deal for me. While most kids were excited to be an adult or move out, I was excited for an entirely different reason, to finally be able to vote.”

Crow goes on to encourage young people to be the change that they would like to see in the world and that voting as a female is extremely important because it was only less than 100 years ago, that women did not have that right.

Closing her article, Crow writes that “WE ARE THE FUTURE. We matter more now, in this particular election more than ever. So please, remember how much good you can do in this country and in this world, take control of your now and VOTE.”

Don’t let the opportunity to make history, once again, pass you by—Get out and Vote!

ANGELINA JOLIE AND BRAD PITT HAVE REACHED A CUSTODY AGREEMENT