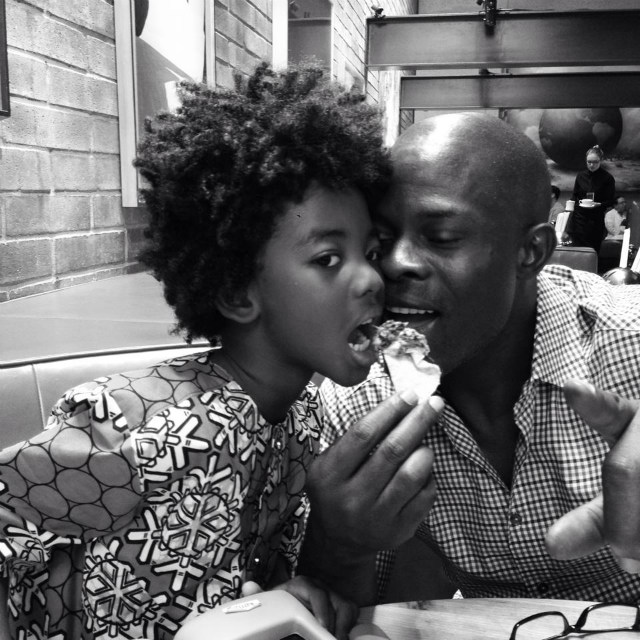 Kenzo Lee Hounsou wanted to be light-skinned but not for reasons that you may think. Djimon Hounsou tells The Guardian that his son’s love of Spider-Man made Kenzo want to be a few shades lighter.

“It’s absolutely great news to have a hero that black folks can identify with,” Djimon says of his leading role in the animated series Black Panther. The actor goes on to tell media that the lack of diversity in the superhero sphere made his son favor the light-skinned life.

“Could you imagine my misfortune when my son told me: ‘I want to be light-skinned so I can climb the walls like Spider-Man’ – just because he has seen Spider-Man and Batman and all these superheroes who were all white,” Hounsou shares.

“What sort of comeback do you have for this? It’s important to recognize yourself,” Hounsou continues. “It’s absolutely important. That’s the value in telling stories. There’s a reason why we create fantasy stories, so we can surpass this life condition.”

Although Djimon did the voiceover for the animated series of Black Panther, he will not portray the lead character in the highly anticipated film. Chadwick Boseman was selected for the role and Djimon was the first to give his congratulations.

“There are things that you hope to get and obviously everyone was talking about who would get the role and he was lucky to get it,” Hounsou tells The Guardian. “It was not something that was mine that I’m losing. Fair enough that he got the role and I hope he does a great job with it.”

Djimon Hounsou is the proud father of one child. Kenzo is the actor’s son with Kimora Lee Simmons. The youngster celebrated his seventh birthday in May.

Kenzo is the oldest son of Kimora Lee Simmons. The fashion mogul has four kids in all.