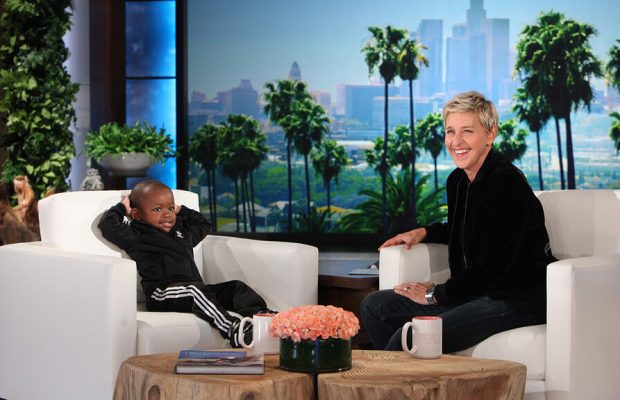 This kid is going places! Tavaris Jones recently stopped by Ellen to show off his dance moves and audience members couldn’t get enough of his cuteness.

The 4-year-old was completely honest when telling Ellen that he had been dancing for “ten hours.” Tavaris also told the television personality that he learned moves to the trending Tz Anthem Challenge online. The youngster took many of his cues from “the clowns,” a.k.a. @freshtheclowns, who nailed the dance that everyone is trying to mimic.

The Tz Anthem Challenge is based off the song ‘Juju on dat beat’ by Zay Hilfiger. Up-and-coming recording artist Zayion McCall is also featured on the track. Some remember McCall from his mixtape, Cold War, released in April that garnered the attention of thousands. Zayion’s project consisted of original tracks along with a few covers.

Confidence from both McCall and Hilfiger exudes off the stage an into the crowd at every performance. At just 15-years-old, Zay knows that he is destined for greatness. “God Made Me For A Reason,” Hilfiger tweeted in February. “I Was Meant to be a legend.”

Zay’s song and accompanying dance certainly are making their mark. Thousands have taken to YouTube to share their version of the routine, which has been a success for some and utter fail for others.

Tavaris is definitely among those successful dancers as his video has been viewed more than eight million times. The audience’s reaction on Ellen is a testament to the 4-year-old’s ability to captivate an entire room of onlookers. Even Ellen’s DJ wanted Tavaris to continue when the youngster’s dancing segment was over!

Jones’ mom told fans that her son got much of his rhythm from “watching videos and his godsister.” The rest of Tavaris’ savviness comes from within.

Check out the 4-year-old’s interview and dance segment on Ellen below, and be on the lookout for this viral kid!