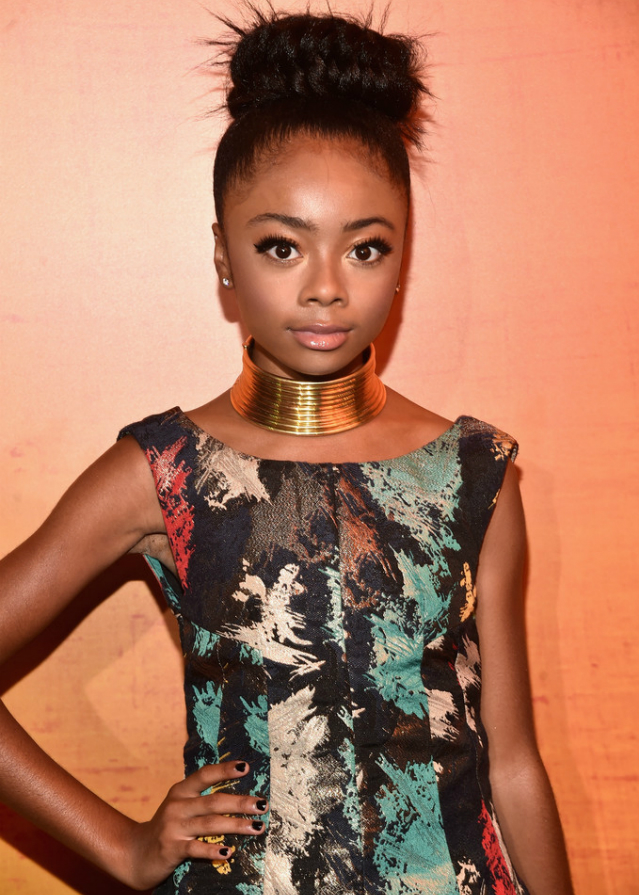 Actress Skai Jackson was among many young stars to attend the U.S. premiere of Disneys Queen of Katwe at the El Capitan Theatre on September 20, 2016 in Hollywood, California. The teen actress was joined by Nia Sioux (actress and dancer); Brandon Severs(actor); and Trinitee Stokes(actress) at the red carpet event.

Queen of Katwe, which stars David Oyelowo, Oscar winner Lupita Nyongo and newcomer Madina Nalwanga, depicts the life of Phiona Mutesi, a Ugandan chess player from Katwe who becomes a Woman Candidate Master after her performances at World Chess Olympiads.