Home » NEWS » ALL EYES ON HER! KERRY WASHINGTON BUMPS AROUND EMMY AWARDS 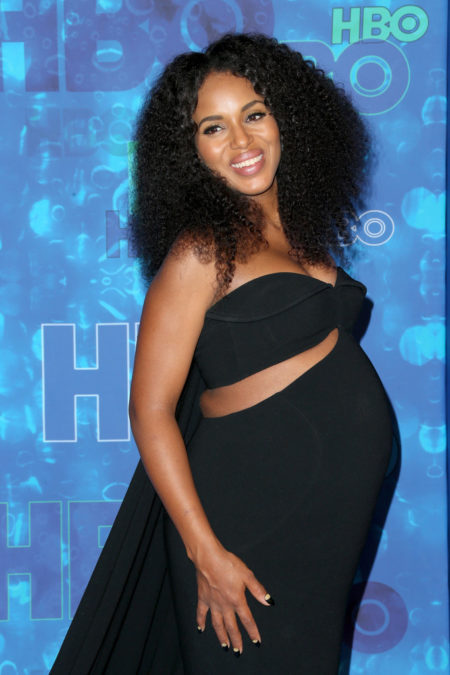 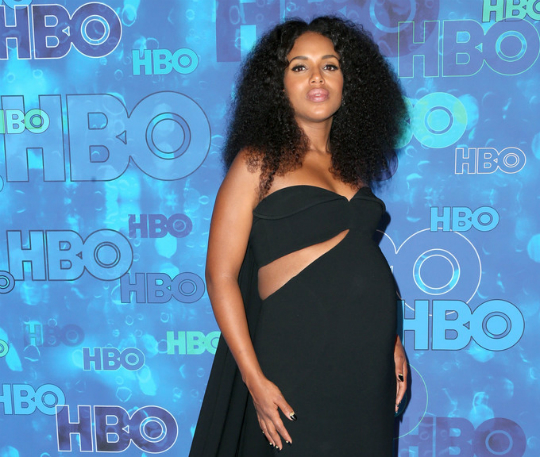 She slays! Kerry Washington hit the red carpet at this year’s Emmy Awards on Sunday and all heads were turned her way.

The actress rocked a black gown that had a cutout design on both sides of the midsection. There was also a train that flowed as Washington made her way into the Pacific Design Center in West Hollywood.

It was just a few weeks ago that Washington shared her secret to doubling as a successful actress and soon-to-be mom of two. “I have a lot of strong women in my family, and I have supportive, beautiful relationships with all of them,” she said. “I also went to an all-girls school, so I’ve always believed in the collective power of women,” Washington added. “Being the one woman in the room should not be seen as a victory.”

Kerry was up for two nominations for her outstanding work on the television movie Confirmation at this year’s Emmy Awards. The film centered around the controversial case of Anita Hill accusing Supreme Court Justice Clarence Thomas of sexual harassment. Wendell Pierce portrayed Thomas in the movie and Kerry was Hill onscreen. The actress also served as a producer of the film.

“I think the thing that most surprised me about producing is that it kind of brings out my own inner Olivia Pope, ironically,” Washington said of the experience. “I love producing because it allows me to play other characters in other worlds in other situations. But that part of me, that part of Kerry that likes to be a fixer and a helper and solve problems, is really able to play.”

Kerry Washington and her husband, Nnamdi Asomugha, will welcome their second child in coming weeks. The little one will join the couple’s daughter, Isabelle, at home.