TIA MOWRY ON BABY NUMBER TWO: ‘I DON’T WANT TO BE LET DOWN’ 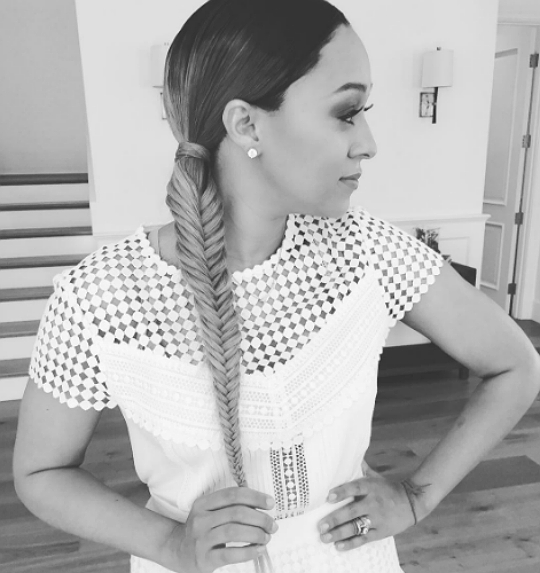 Tia Mowry-Hardrict is aiming for baby number two. The actress tells media that she has suffered a few setbacks along the way but, nevertheless, is looking to expand her and husband Cory Hardrict’s family.

“I do suffer from endometriosis,” Tia admits. “There’s a little bit of a challenge there, but I will say this: I am working on my diet.”

Tia told fans that she had baby fever shortly after giving her sister, Tamera Mowry-Housley, a baby shower for her daughter, Ariah. “I got her tutus,” Tia told PEOPLE. “She has so much energy,” the actress said of her sister. “I can’t wait — it’s definitely giving me baby fever. I think, ‘Okay, maybe I can do this again.'”

In trying for another baby, Tia occasionally follows a diet. “I do when I want to just clean myself out and get rid of inflammation in my body,” she explains.

Although she and Cory want another child, Tia understands her limitations and, as such, does not push the matter of expectancy. “I don’t want to put too much hope into it,” she shares. “I don’t want to be let down.”

Tia and Cory Hardrict have one son named Cree who celebrated his fifth birthday last month.