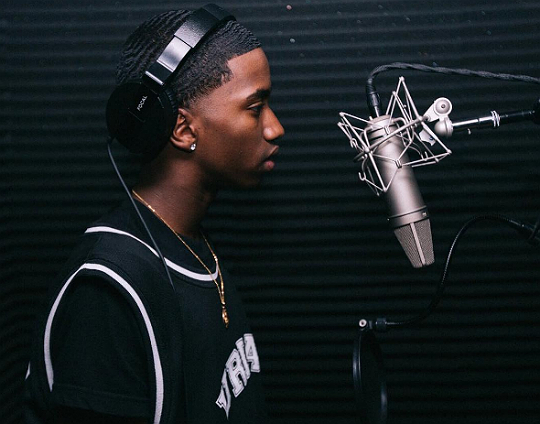 Get ready to see more of this from Christian Combs. The youngest son of Sean “Diddy” Combs will make his public debut as an artist during BET’s airing of 106 & Park on Friday.

The teen is set to perform two songs, ‘Party’ and ‘For Me,’ that he co-wrote and co-produced. Christian will be joined on the show by his older brother Quincy, who will take on hosting duties for the night. It will truly be a Combs family take over as Justin, the middle son of Diddy, will also make an appearance.

Although this will be the first time that Christian comes out as a solo artist, it will not be the first time that the teen hits the stage. Diddy has invited his son to join him in the spotlight on several occasions and has even given him the opportunity to get the feel of hosting an event. Christian took notes from the sidelines during Diddy’s hosting of Revolt’s music conference two years ago. The teen watched as his father answered questions that pertained to the music industry and his personal life.

When discussing fatherhood and the advice that he gives his kids during the conference, Diddy relayed the message of hard work. “It’s going to be four, five times harder to accomplish,” he said. “That’s what I try to tell my kids. No one’s going to give you anything here. You’re gonna have to go out there and take it. You gotta want it as bad as you want air to breathe.”

Sean “Diddy” Combs is the proud father of six kids. Watch his sons take over 106 & Park when the show airs tonight on BET at 6p.m. (EST).