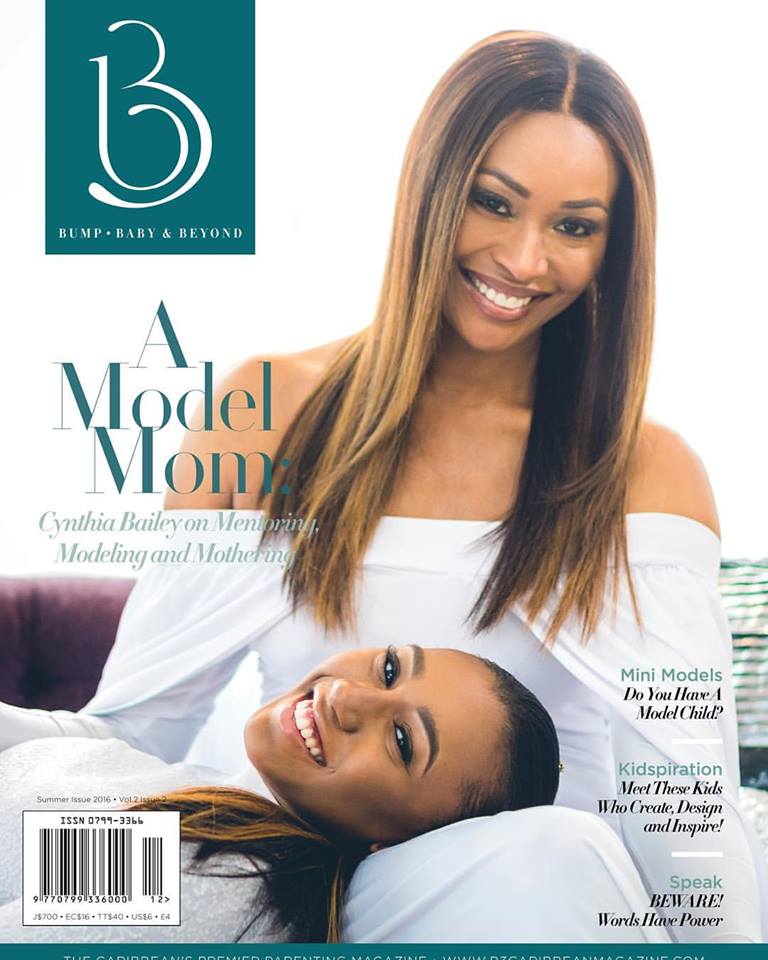 Just fab! Cynthia Bailey and her daughter, Noelle Robinson, are the latest stars to cover B3 Magazine. The editorial released a picture of its upcoming issue earlier this week.

Cynthia also commented on the cover by telling Instagram fans that she and Noelle were “honored to grace the cover of B3 parenting magazine & also support the Island Child Style fashion event! The kids did an amazing job ripping the runway! Jamaica will never be the same. Great job #B3 and congratulations.” The star mom also shared footage of her and Noelle hanging out at the beach. Bailey told fans that she was “getting her peace on” while visiting the island.

Cynthia and Noelle shared their first magazine cover earlier this year. The two graced Heart & Soul with a cute photo that featured them cuddling.

It seems that Noelle is following in her parents’ footsteps in terms of show business. The teen has participated in several photo shoots and has garnered many hearts in Instagram because of her gorgeous pictures.

“She is a very bright young lady,” Cynthia said of her daughter during one interview. “She has taken an interest in modeling. Of course, I am excited to show her the ropes.”

Noelle is Cynthia Bailey’s only child with Leon Robinson. She will celebrate her eighteenth birthday this year.