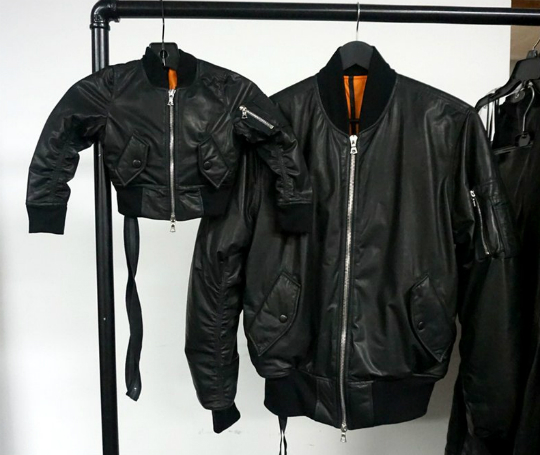 Kanye West has got kids fashion on his mind. Kim Kardashian shared a sneak peak of her husband’s upcoming line, ‘Yeezy For Kids’ with her app subscribers a few days ago.

“Saint has so many amazing designer pieces already,” the celebrity mom exclaimed. “Many of them are inspired by his dad, so I think it’s appropriate to share them with you guys during The Week in Kanye! These are some of my faves.”

One of her “faves” included bomber jackets designed by a family friend. “My friend (and one of my makeup artists!) Joyce Bonelli’s boyfriend Ben has this line called Unravel, and they made Saint and me matching bombers. How cute is that,” Kanye asked.

Be on the lookout for ‘Yeezy For Kids’ to make its debut in coming months. Kanye West has two kids, Saint and North, with wife Kim Kardashian.