by Sarie
in Expecting
2 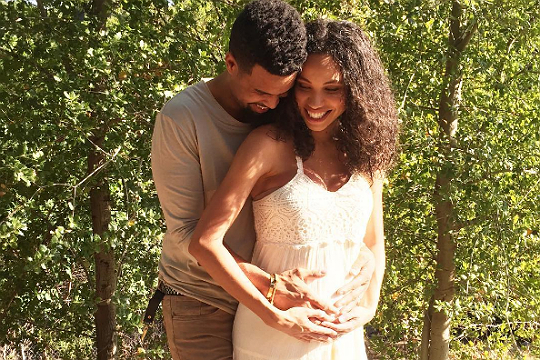 Congratulations to Jurnee Smollett-Bell and her husband, Josiah Bell, on the expectancy of their first child. The actress shared the excitement of her pregnancy earlier this week.

“He+Me+Baby= Three,” she wrote. “So in love with this beautiful blessing God has given us. #WeArePregnant!!”

Jurnee Smollett is best known for her roles in The Great Debaters and Roll Bounce. The actress also had the leading role in Tyler Perry’s Temptation, which featured her as a marriage counselor sharing her story with a patient. Jurnee’s performance as Judith was so chilling that many believed her to be the counselor who lost everything in the name of passion.

Although she is only 29-years-old, Jurnee has been in show business for more than two decades. The actress began as a child star with roles on ‘The Cosby Show’ and ‘Full House,’ and is related to ‘Empire’ star Jussie Smollett. “My little baby is having a baby,” the actor said of his little sister. “@jurneebell I remember mommy giving birth to you and now you’re about to have a baby of your own. I love you so so so so much. This is the most blessed event in life and you & @josiahbell are built for it. Love y’all so much. #BabyBell is coming!”

Jurnee and Josiah Bell tied the matrimonial knot in 2010. They are expecting their first child to arrive in coming months.

NORTH WEST ENJOYS A PARTY AND BROADWAY SHOW WITH PARENTS