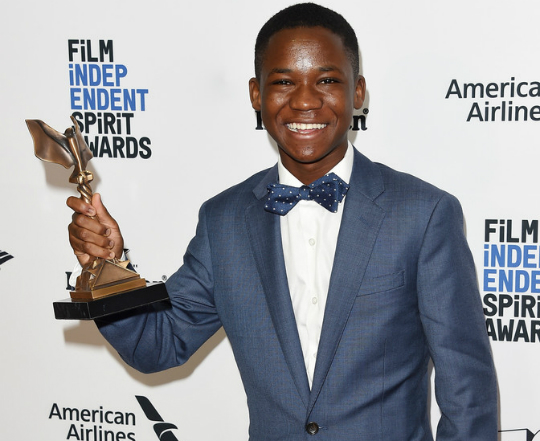 Saturday night was big for Abraham Attah who was given the Best Male Lead award at the 2016 Film Independent Spirit Awards in Santa Monica. The teen held his trophy high while posing on the red carpet after receiving such recognition.

Abraham made his grand acting debut in Beasts of No Nation, which showed on Netflix last year. In the film, the young star portrays a rebel soldier who learns the art of war from a cruel general who stops at nothing to ensure that his squad is properly trained. Idris Elba stars as the general, and also received an award during Saturday’s ceremony. “I couldn’t have done it without you,” Elba said to Attah. 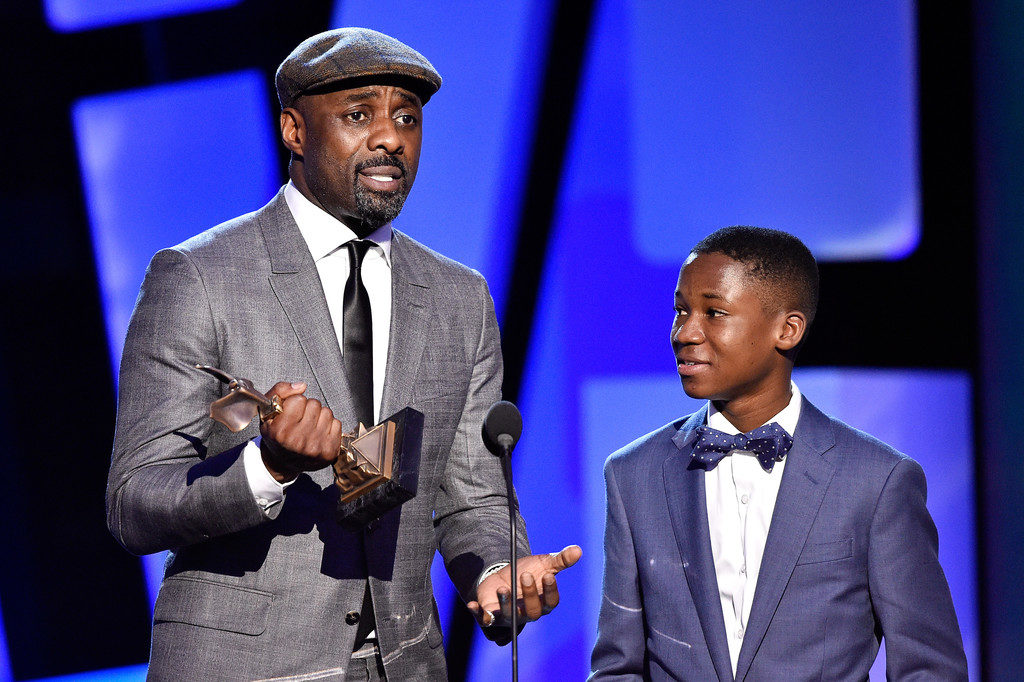 The young star and seasoned actor certainly developed a bond during filming. Idris recalls when Abraham first recognized him as a Hollywood star. “There we were all being serious about the film, then Abraham looks me over and said: ‘Oh, you are the one from Thor. I know you! “He idolized me as a Hollywood actor, and we had to utilize that so that he’d idolize me as an army leader.”

With millions of fans, and a number of critics, praising Idris and Abraham for their performances in Beasts of No Nation, it’s no wonder why Attah was invited to this year’s Academy Awards. See pictures of the young star’s showing below!