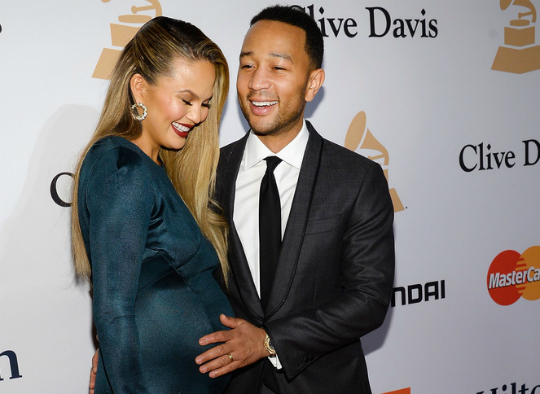 Teigen showed off her burgeoning baby bump in a figure-hugging emerald dress, while Legend cut a fine figure in a grey suit. Both wore large smiles as they posed for pictures on the red carpet.

The Legends are expecting their first child, a baby girl, to arrive in spring.  The Grammys airs tonight on CBS at 8 PM. 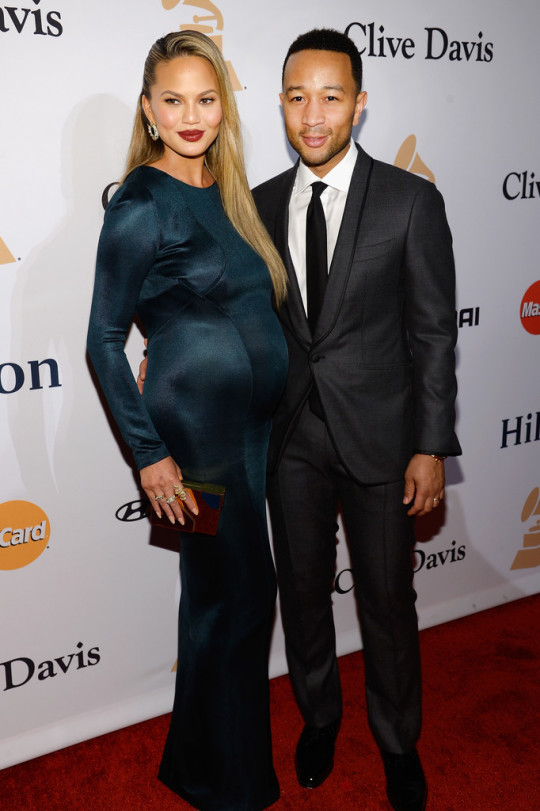