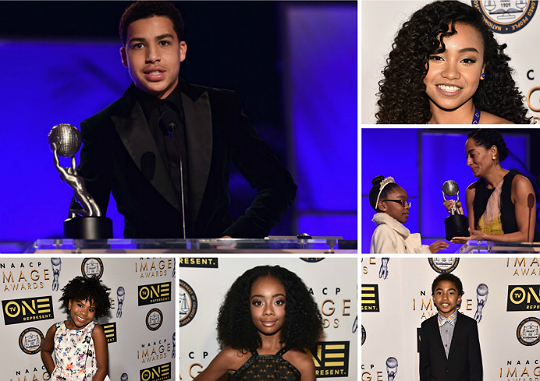 Black-ish stars Marsai Martin and Marcus Scribner were among the early winners at the 47th NAACP Image Awards Non-Televised Awards Ceremony on February 4, 2016 in Pasadena, California.

The winners of  the non-televised categories were announced during a dinner at the Pasadena Conference Center hosted by Affion Crockett and Nischelle Turner. According to The Wrap, “the remaining 10 categories will be announced during the two-hour star-studded TV One telecast on Friday at 9 p.m. ET during a ceremony hosted by “black-ish” star Anthony Anderson.

The 47th annual NAACP Image Awards will air tonight, Feb. 5, on TV One at 9 p.m. See photos of the young stars below!

THE CROMARTIES REVEAL THE GENDER OF THEIR TWINS

THE CROMARTIES REVEAL THE GENDER OF THEIR TWINS