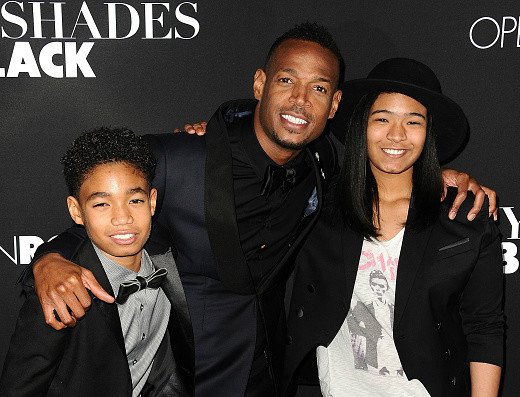 Starring Wayans, Fifty Shades of Black is a parody based on the 2015 film Fifty Shades of Grey. Though the film is for a mature audience, Marlon had no qualms about taking his kids to the premiere. “YES I took my TEENAGERS to see it… They only closed their eyes a few times,” he jokingly wrote on his Instagram page along with a picture of him and his son dancing. 50 Shades of Black comes to theaters this Friday.

Meanwhile, Marlon hasn’t yet had the ‘talk’ with his kids. Find out why in the clip below:

DRAYA MICHELE BUMPS IT UP AT 'FIFTY SHADES OF BLACK' PREMIERE

DRAYA MICHELE BUMPS IT UP AT 'FIFTY SHADES OF BLACK' PREMIERE