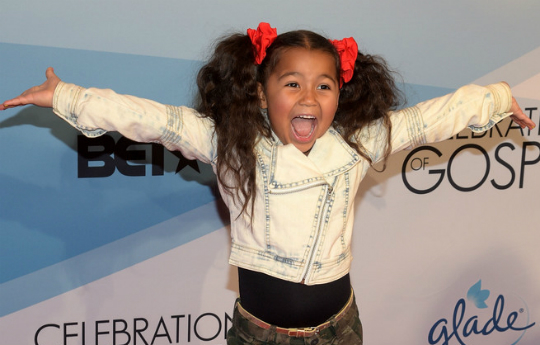 Here’s Heavenly! The daughter of Joy Enriquez and Rodney Jerkins was the star performer at this year’s BET Celebration of Gospel event. Heavenly joined Erica Campbell and other artists as they rocked the stage at Orpheum Theatre this past Saturday.

“I’m on the RED CARPET tonight at @bet #CelebrationofGospel,” the little one shared on Instagram. Erica Campbell also posted a picture of her with Heavenly at the event. “@heavenlyjoysings,” the ‘Help’ singer wrote. Campbell shared pictures of her with her son and daughters as well. 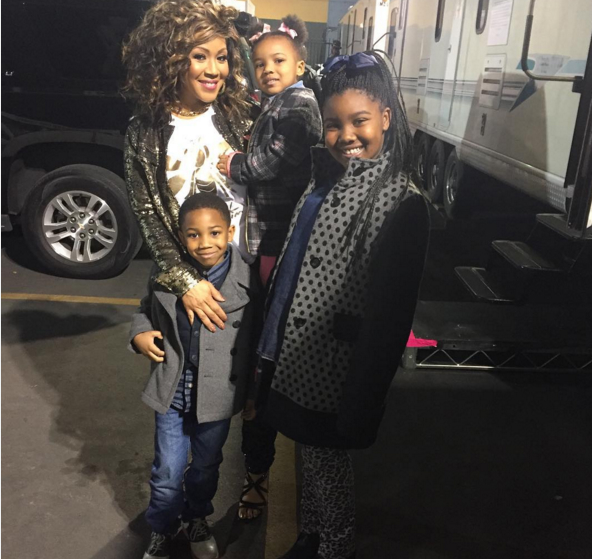 Heavenly has been getting much attention for her larger than life voice. The singer made her debut during the audition rounds of ‘America’s Got Talent’ last year. Many were amazed at Heavenly’s powerhouse voice that is strong and pitch perfect. “Kid, you’re going places. I’m telling you,” Howard Stern told her during the auditions. The other judges were also amazed at Heavenly’s talent.

The little star has appeared on the TODAY show and garnered thousands of social media fans since rendering several impromptu performances on Instagram.