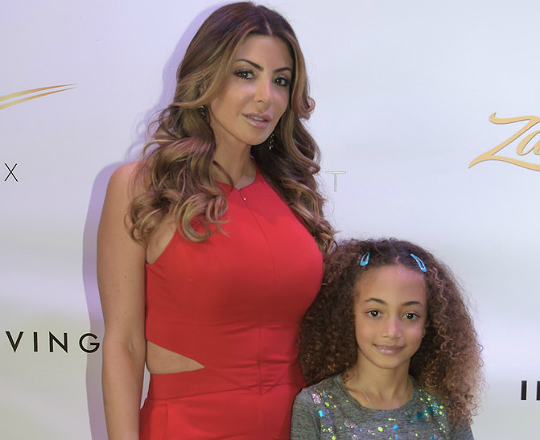 Sophia and Larsa Pippen were two of many to attend the Haute Living & Adrien Brody Cover Release Party this past Thursday. The event was held at Lulu Laboratorium in Miami, Florida, and featured the celebrity mom and daughter in semi-formal wear.

Larsa rocked a red pants suit that revealed part of her midsection while Sophia wore a pretty turquoise shirt with gray shirt. The shirt had remnants of turquoise that made the outfit complete.

Little Sophia is exploring the world of fashion as a model with the support of her family. “I encourage her to pursue her dreams and stay true to herself,” said Larsa during a recent interview. “She has three older brothers who are very protective of her. As her mother, best friend, and mentor the best thing I can do is lead by example,” the celebrity mom adds.

Larsa and Scottie Pippen have four children together. Sophia is the couple’s only daughter.

PHAEDRA PARKS, ALFONSO RIBEIRO AND MORE GET IN THE CHRISTMAS SPIRIT