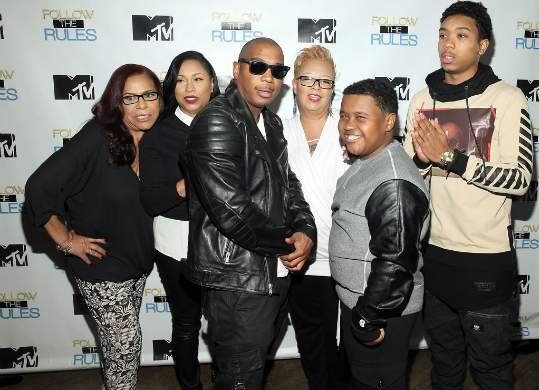 From crashing other rappers’ video shoots with DMX to freestyle battling, serving jail time, to earning multiple platinum plaques, Rule has done it all in the world of hip-hop. But, the now father of 3 is just fully focused on his family values.

Starting on Monday, Oct 26, Ja, his kids, mother — and mother in law — are debuting their new show, Follow The Rules at 10pm ET.  For the first time, the star behind Murda Inc’s rise to success is letting the world know exactly how it goes down in his house. (Source)

Follow The Rules features Ja Rule’s wife and three children — oldest daughter Brittany (AKA B-Stacks), middle child Jeffrey Jr, and his youngest son Jordan (or Jordy) — and both Ja Rule’s mother and mother-in-law, who moved in to help out after Ja went to prison.

LIL KIM AND FAMILY HAD 'THE BEST SUMMER EVER'

LIL KIM AND FAMILY HAD 'THE BEST SUMMER EVER'