by BCK staff
in Viral Kids
0 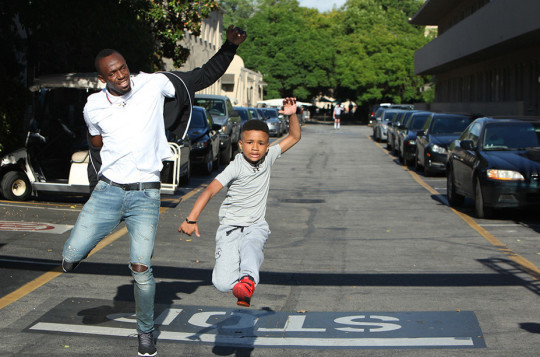 Eight-year-old Demarjay Smith first became an internet sensation after a video of him training his friends to do push ups and other exercises went viral. In the cutest Jamaican accent, Smith can be seen telling his friends:

“Strength!” he yelled. “No weakness! Mi nuh do weakness!”

This week, during an appearance on The Ellen DeGeneres Show, Smith revealed that “he wants to challenge Olympic gold medalist Usain Bolt in a race”. Watch below as Ellen grants him his wish.