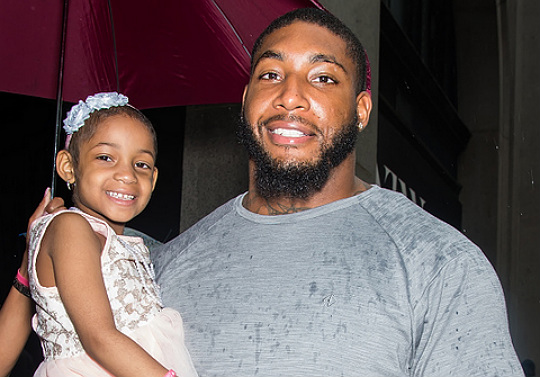 Leah Still was one of many celebrity kids to take the spotlight at the Nike/Levi’s ‘Kids Rock!’ show during New York Fashion Week for Spring 2016. The event was held at the The Dock, Skylight at Moynihan Station on Thursday, September 10, 2015, in New York City. Leah, a cancer survivor, was accompanied by her dad Devon Still.

The Cincinnati Bengals player sat in the crowd and looked on with pride as his daughter walked the runway. Leah began with confidence and did a spin in the middle of her walk that was certainly the highlight of the show. “She was definitely feeling herself with that spin move,” shared Devon along with footage of his daughter.

‘Kids Rock!’ was created to give children a platform during New York Fashion Week