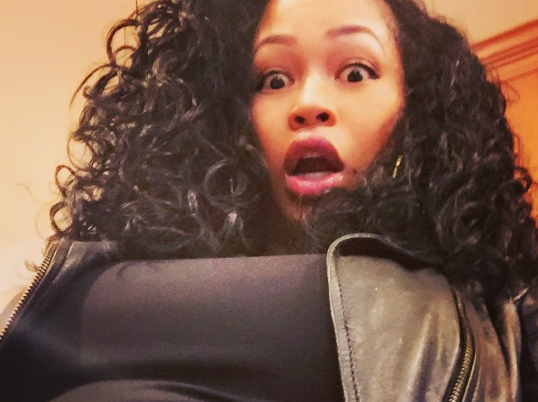 It’s official! Tae Heckard has confirmed that she is indeed pregnant by NBA player Brandon Jennings. The expectant mom confirmed the baby news by simply uploading a picture of her burgeoning belly on social media with the caption,” ……large and not in charge#BrandonByronJenningsII •bka• #DeuceJennings.”

This is the first child for the couple. Check out Tae’s full baby bump below!