Home » Television Watch » TV WATCH: THE PEETE FAMILY ARE GETTING THEIR ‘OWN’ REALITY SHOW

TV WATCH: THE PEETE FAMILY ARE GETTING THEIR ‘OWN’ REALITY SHOW

by BCK staff
in Television Watch
2 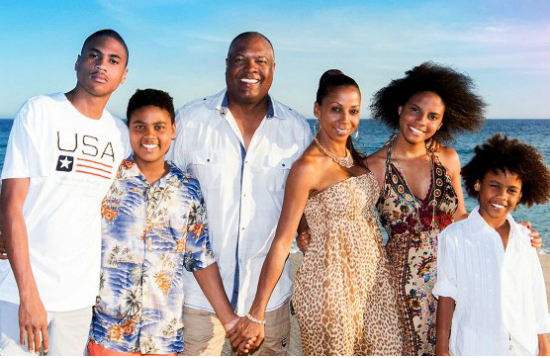 The Peete family are set to star in their OWN docuseries called “For Peete’s Sake” (working title). The series will follow the lives of husband and wife duo Holly Robinson Peete and Rodney Peete as they juggle their careers  with their family life.

“Rodney and I couldn’t be more thrilled to call OWN our new TV home. We are excited to share our family’s chaotic bliss and zany journeys with OWN’s loyal and authentic audience,” said Holly Robinson Peete.

“As longtime members of ‘The Oprah Show’ family, we’ve watched Holly and Rodney navigate successful careers in show business, a devoted marriage and a growing, love-filled family,” added Sheri Salata, president, OWN. “This new series gives an entertaining and honest look at a modern family that just happens to live in the celebrity spotlight.”

Fans know Holly Robinson Peete as the actress who launched her career starring on the  TV series “21 Jump Street,” and Rodney Peete as the  NFL quarterback and former co-host of Fox Sports’ “The Best Damn Sports Show Period.”

CIARA FEATURES SON IN 'I GOT YOU' MUSIC VIDEO