Home » NEWS » CIARA ON MOTHERHOOD: ‘NOW I DON’T HAVE TIME TO WASTE’

CIARA ON MOTHERHOOD: ‘NOW I DON’T HAVE TIME TO WASTE’ 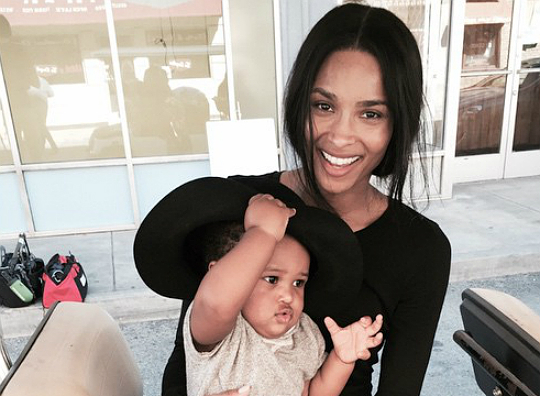 She is getting much attention for her latest single, ‘I Bet,’ but Ciara says nothing compares to being a parent. The singer gushes about her son, Future, with VH1.

“Being a mom is the best thing that could have happened to my life,” shares Ciara. “Honestly, it’s game changing, it’s clearly life changing. Now I don’t have time to waste. Time management has never been this important,” adds the star. “Every second [and] every day counts, especially the moments I have with my son. He was very necessary, and he’s really the sweetest blessing that has happened in my life.”

Having a child has inspired Ciara to do many things, which is why she named her latest album, Jackie, after her mother. “It’s my dream album,” says the singer. “I named it after [my mom] because I’m now a new mom. When I told her she was like, ‘What? Get outta here. Why you do that?’ You know, that was her question. It just really feels right.”

Jackie was released on May 1, 2015. Little Future is Ciara’s only son with ex-boyfriend Nayvadius Cash.

MICHELLE OBAMA: 'OUR DAUGHTERS PUT UP WITH US'

WIZ KHALIFA: 'I AM PASSING ON EVERYTHING I LEARNED FROM MY MOM'

WIZ KHALIFA: 'I AM PASSING ON EVERYTHING I LEARNED FROM MY MOM'