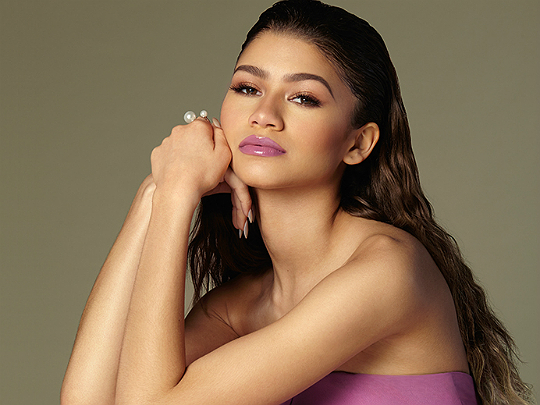 Congratulations to Zendaya Coleman who was recently named Paper magazine’s ‘Beautiful People of 2015.’ The editorial announced the young star as one of its elites earlier this week.

“I wanted to be a singer, I wanted to be a dancer, I wanted to do all of that,” says Zendaya of her career beginnings. “It’s not promised,” adds the young star. “Fortunately enough for me, I think because I was really strong in what I wanted and I went out there to just get it, I got my first big job: Shake it Up.” Coleman goes on to share that it took her six months to score her first gig.

Although the young adult has since developed into quite the Hollywood notable, Coleman maintains the simple life. “In the entertainment world, I think there’re definitely careers I look up to,” says the celebrity. “But as far as role models – role models for me are like my big sister. She’s always there for me. She somehow balances having a family, going to work, all this craziness, and still has time to make sure her little sister is OK and hang out with me.”

Zendaya was among nine other musicians who were also deemed as unique and beautiful people by Paper. Soulful singer Shamir Bailey and R&B singer Keela were also on the list. You can catch all of the ‘Beautiful People of 2015’ in this month’s issue of the magazine.