MEGAA GRANDBERRY’S LAUGH WILL PUT A SMILE ON YOUR FACE 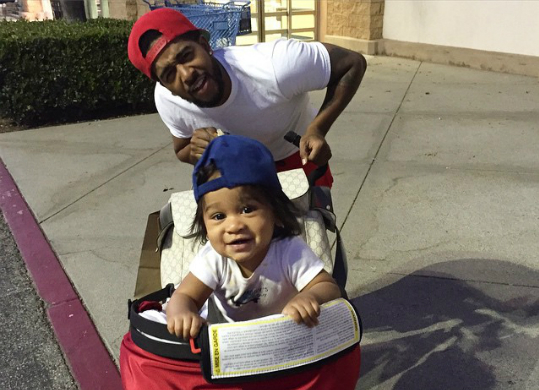 Singer Omarion and his mini-me Megaa Grandberry are two of a kind! The father-son pair not only sing but they also dress alike! Omarion’s girlfriend(Megaa’s mom), Apryl Jones, recently uploaded the above picture of her favorite boys with the caption, “BIG O X LIL O #LA FAMILIA @orbitbaby”

Apryl later uploaded a video of Big O and Lil O having a father-son moment. In the clip, Omarion can be seen tickling his son. “His laugh kills me…lmao #megzz,” Apryl writes of Megaa’s infectious laughter that resulted from all the tickling.

Apyl and Omarion became parents for the first time in August of last year. The pair most recently appeared on reality show Love & Hip Hop Hollywood.