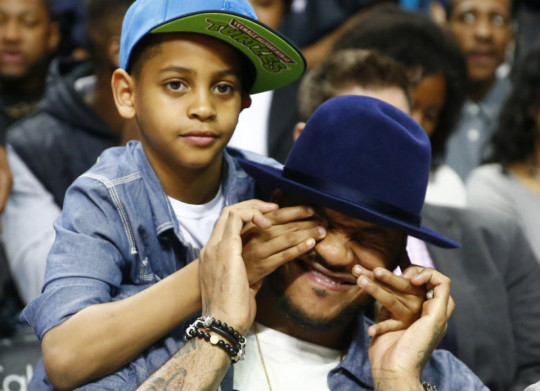 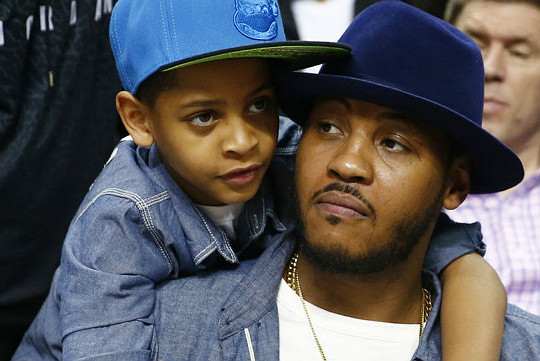 The Jordan Brand Classic was a time of bonding for Carmelo and Kiyan Anthony. The New York ‘Knicks’ player and his son goofed off as they watched the East and West compete for the win at Barclays Center in Brooklyn, New York.

Kiyan covered his dad’s eyes while Carmelo made faces. The NBA star attempted to remove his son’s hands from his eyes at one point but Kiyan’s grip was too strong. Kiyan was also photographed while sharing secrets with his father. Carmelo smiled as his son whispered in his ear.

This year’s Jordan Brand Classic was certainly a game to remember. Several young men from the eastern and western parts of the country gathered to compete for the victory. Although the East contended with all of their might, the West took home the prize with a final score of 118-116.

“We made a response as soon as they got close every time today,” said a West coast player named Allonzo Trier. The young athlete received the MVP award after the game, and took several pictures with Carmelo. “I just tried to make plays. Make the pass when someone was open and shoot when I’m open and make the right plays for our team,” explained Trier.