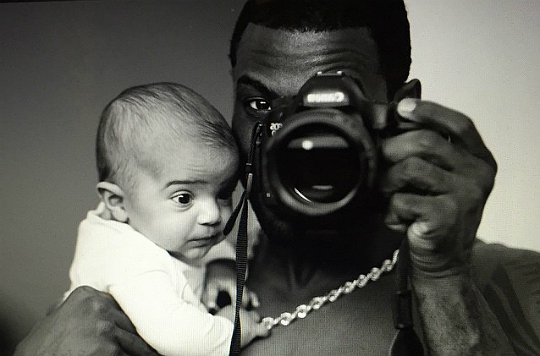 Lance Gross is cherishing the moments spent with his fiancee and daughter. The actor tells Daver Campbell that being away from home is incredibly difficult now that Berkeley is a part of the family.

“I feel that some of the challenges I’m faced with are leaving home now,” says Lance. “In this day and age, many productions aren’t based just in Hollywood. In fact, most of the jobs I get film in different cities. That’s the hard part for me, being away. It worked before because Rebecca and I know how to deal. It’s intriguing being away and, [after] missing each other, to reunite after that. But I don’t want to miss a thing when it comes to [Berkeley].”

Lance further expresses his desire to be with his daughter as often as possible by recalling a time when he chose home over work. “When Becca was in her last stages of pregnancy, I got offered an acting gig that shot in another city for a few months,” shares Lance. The actor continues, “I turned it down because, had I taken the job, there was a good chance I’d miss out on Berkeley’s birth. Before Berkeley was even thought of there was no way I’d turn a job like that down: no way, no how. But in my situation, I wanted to be present. I wanted to live every moment. That’s when my family became more important than anything else.”