KEVIN HART HAS SUPPORT OF HIS KIDS AT MTV MOVIE AWARDS 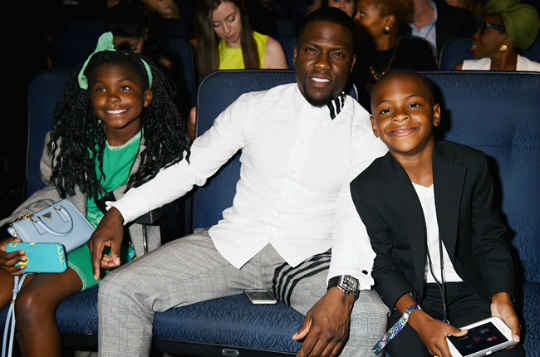 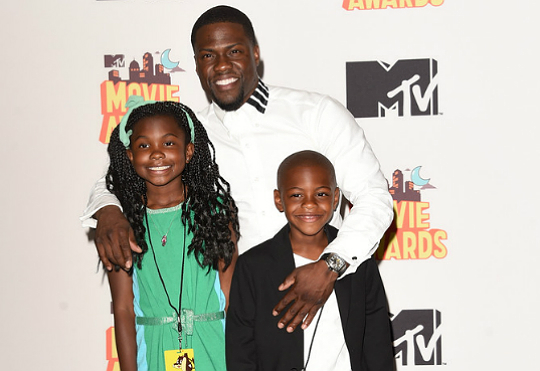 Kevin Hart was one of many celebrities to share the spotlight at this year’s MTV Movie Awards. The actor was the recipient of the Comedic Genius Award, and had the full support of his kids. Heaven and Hendrix joined their father onstage as he accepted the honor.

“I wanna thank my fiancée for being my rock right now,” said Kevin during his acceptance speech. “I wanna thank my ex-wife for giving me these two kids who are my best friends right now; Heaven for being the most amazing daughter, Hendrix for being the most amazing son. My kids, I’m doing all of this for them. I’m trying to leave a legacy for them. Last but not least my fans—this is for y’all, I love y’all.”

Torrei Hart also congratulated Kevin on his accomplishment. “Congratulations @kevinhart4real on your Comedic genius award,” wrote the star on Instagram. “You deserve it. Keep working hard and setting records. The sky is the limit. Glad we could be here to support you. Family for life.”

The MTV Movie Awards were held at the Nokia Theatre in Los Angeles on Sunday. Kevin Hart has two kids with ex-wife Torrei Hart.

TONI BRAXTON AND SONS ENJOY 'AN EVENING WITH THE STARS'

TONI BRAXTON AND SONS ENJOY 'AN EVENING WITH THE STARS'