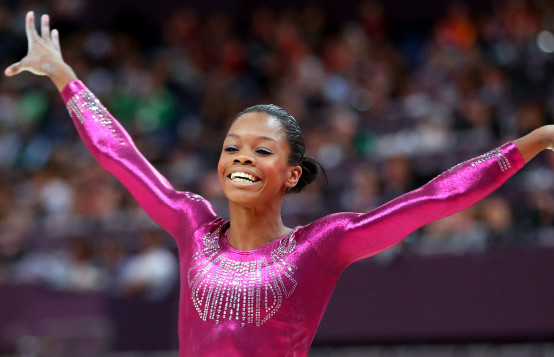 Olympic women’s gymnastics champion Gabrielle Douglas and her family will be featured in a new Oxygen reality show debuting later this year. The show, tentatively called “Douglas Family Gold”, will be co-produced by Douglas and her mother Natalie Hawkins:

The series will follow the 19-year-old’s bid to become the first gymnast in nearly 50 years to repeat as Olympic champion.

Douglas became the first African-American to win the all-around title when she soared to victory at the 2012 London Games as part of the “Fierce Five” that also won the team gold medal.

She returned to training last summer and finished fourth at the Jesolo Cup in Italy last weekend in her first meet in nearly three years.(Source)