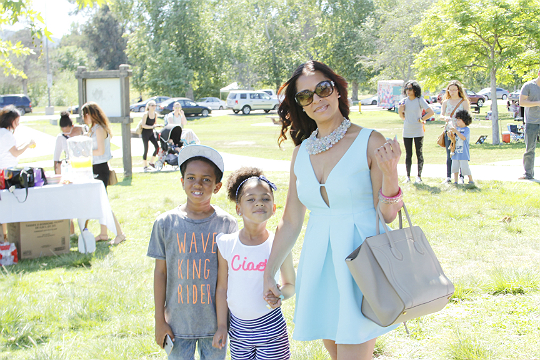 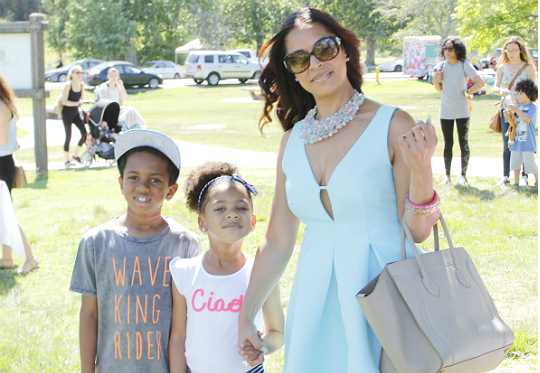 Tiffney Cambridge and the kids joined Sundy Carter and her daughter, Kennedy, in celebrating the season this past weekend. The children’s author, along with her son and daughter, stopped by the Easter Extravaganza held at Balboa Park in Encino, California, on Saturday.

Cali Dream searched for eggs alongside Kennedy, and took a number of pictures with her good friend. Kennedy wore a beautiful outfit fit for a princess, while Cali rocked casual wear that included a headband that matched her blue and white shorts. King was also at the Extravaganza, and enjoyed the many activities offered.

Both of the Taylor kids have been in the spotlight since their mom’s book, The Little Girl Who Lost Her Smile, made its debut. The story, which centers around Cali’s experience after her parents separated, has touched thousands of children’s lives and continues to inspire adults.

“A lot of us go through situations where we’re sad, even as adults,” said Tiffney of during her book signing earlier this month. “The fact that [Treasure in the story] was able to go through that challenge and get her smile back, it’s just really encouraging,” shared the star.

Tiffney Cambridge has two kids, Cali and King, with ex-fiancé Jayceon Taylor, a.k.a. The Game. See more pictures of the kids below!