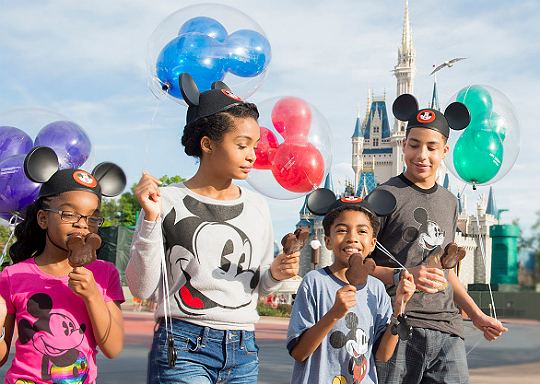 The young stars visited Walt Disney World Resort with their families to kick off their spring break and celebrate the success of the show’s first season.

“Black-ish” airs Wednesdays at 9:30|8:30c on ABC with new episodes airing through May and the season repeated throughout the summer.

JUST IN TIME FOR SPRING! WIN A PAIR OF SKECHERS KIDS SPORT SHOES(*closed)

NORTH WEST ENJOYS A 'FUN DAY AT THE FARM'

NORTH WEST ENJOYS A 'FUN DAY AT THE FARM'