GALLERY: THE PEETES, THE GOVANS AND MORE ATTEND ‘HOME PREMIERE’ 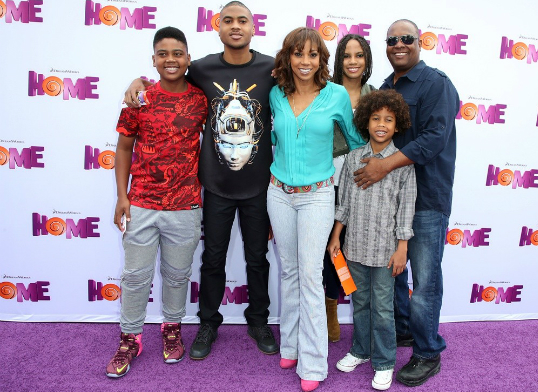 Holly Robinson-Peete and the family

Several celebrity parents and their kids were in attendance at the Los Angeles premiere of ‘Home’ in Westwood, California on March 22, 2015. Actress Holly Robinson-Peete, husband Rodney Peete, and their kids Rodney Peete Jr., Robinson James Peete, Ryan Elizabeth Peete, and Roman Peete were among those in attendance. Check out the gallery to see more photos of your some of your favorite stars.

MO'NE DAVIS HOLDS A BOOK SIGNING AT BARNES AND NOBLES

MO'NE DAVIS HOLDS A BOOK SIGNING AT BARNES AND NOBLES