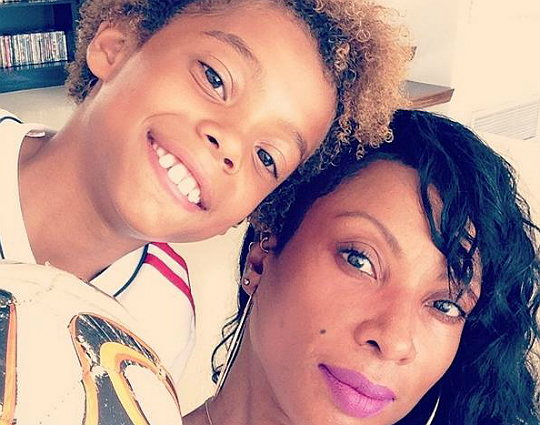 Sad news. Charmayne Maxwell of the hit 90s group ‘Brownstone’ has died.  She leaves behind a husband and a son.

According to TMZ, the R&B singer was discovered by her husband, Carsten Soulshock, on Sunday. Charmayne was reportedly home with her son when she fell and cut herself on a piece of glass. It wasn’t until Carsten arrived that the singer was found bleeding profusely from her neck. Charmayne reportedly had a pulse when paramedics arrived but died at Cedar Sinai hospital after losing too much blood.

Maxwell’s brother later confirmed his sister’s death with a post on Instagram. “R.I.P to my beautiful sister Charmayne ‘Maxee’ Maxwell,” wrote Brandon Maxwell. “I’m so devastated because you deserved to stay on this earth much longer. You had such an amazing talent and you went really far with your singing career. I felt so inspired from you and it gave me motivation to become the best performer I could be. I love you so much sis, I’m so grateful I was able to have you in my life.”

It was just a few months ago that Charmayne shared the joys of motherhood with her fans. The singer posted several pictures of herself with her son on Instagram, one of which included a candid of the youngster with his parents on his birthday. “Thank you God for my AMAZING son,” wrote Maxwell.