A CELEBRITY BABY BLOG: ‘DAD, I WANT TO SEE YOU WRESTLE AGAIN’ 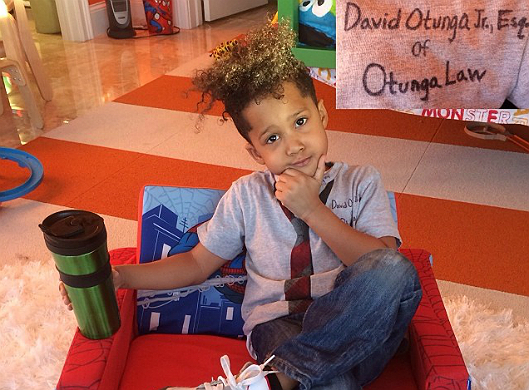 Who can cause a celebrated WWE star like David Otunga to step out of the spotlight? His son, that’s who. The star athlete tells the Chicago Tribune that he decided to take a break from wrestling to spend more time with little David.

“I needed to spend more time with my family and son,” says Otunga. “But now I really want to get back in the ring. I hear it 20 times a day from fans: ‘When are you coming back?’ My son is like ‘Dad, I want to see you wrestle again.’ He’s five and now of the age where he and his classmates are big into it.”

Find out what else the wrestler said in this week’s version of ‘A Celebrity Baby Blog.’

Rev Run, Justine and the family gear up for another season of ‘Rev Run’s Sunday Supper’ [The Futon Critic]

Will Smith hopes his children become responsible adults [The Mid]